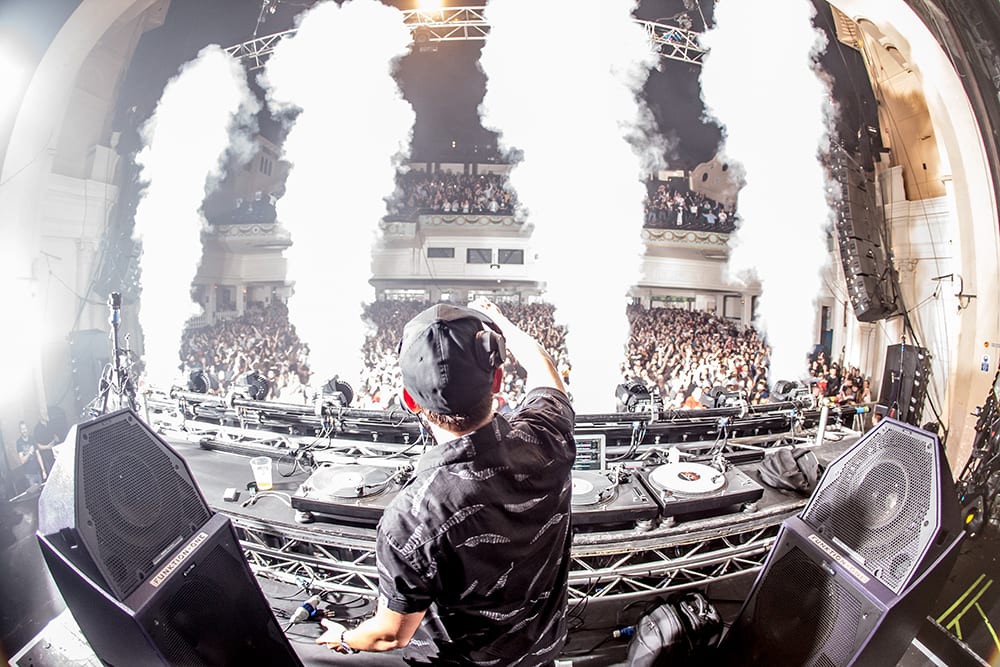 Andy C has revealed another milestone is in his sights by announcing his biggest solo UK show to date, an ‘All Night’ event at London’s legendary Alexandra Palace on 24th March 2016 for 10,000 people. This will be his only UK club show of 2016. Tickets go on pre-sale at 9am on Tuesday 3rd November via www.andycallnight.com/presale.

“Selling out two O2 Academy Brixton shows is something I could previously only have dreamt of, so to be playing ALL NIGHT at such an iconic venue like Ally Pally is unbelievable. I can’t wait for this show… I’m going in on the music and production, and making sure this will be a night to remember for everyone.” ANDY C

The British DJ and producer revealed the news after performing at the O2 Academy Brixton on Friday night, after having sold out that event in just 10 minutes (over 10,000 people signed up for tickets). The London date was the opening show in his current ‘All Night’ UK tour which takes in Motion in Bristol, Birmingham’s Rainbow Warehouse, and Newcastle’s Digital, Manchester’s Warehouse Project, and beyond. The full dates are listed below.

Andy C’s ‘All Night’ tour in February and March of this year also sold out, as did his recent headline EU tour. He finished off his biggest festival season yet with Bank Holiday appearances at SW4 and Creamfields, plus further headline slots at Glastonbury (for the Essential Mix live), his debut at V, Wildlife (where he was the only d&b artist at the festival), and Parklife.

One of the biggest British dance music success stories of the past few years, Andy will announce new recordings very soon. His last single was ‘Heartbeat Loud’ ft. Fiora, for Atlantic Records. Andy’s recent remix of DJ S.K.T. ‘Take Me Away’ is his first since remixes for Rudimental (‘Right Here’), Major Lazer (Andy’s remix of ‘Get Free’ was B-listed by Radio 1) and London Grammar. He also released an unofficial remix of Jack U’s ‘Take U There’, one of the most sought after highlights of his DJ sets from earlier this year.