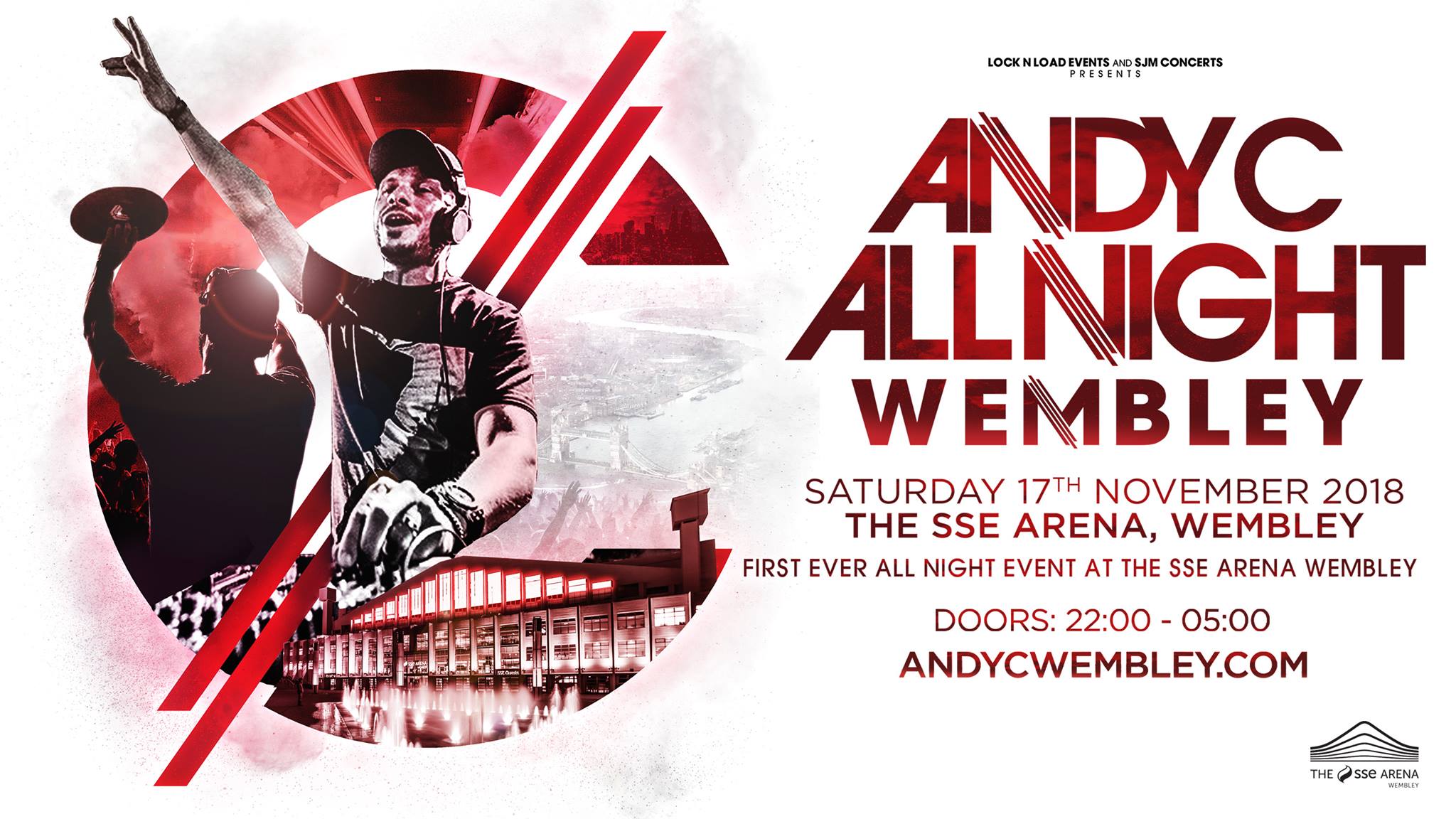 Andy C has revealed another career milestone is in his sights with the first ever all night show at London’s iconic The SSE Arena in Wembley. ‘Andy C All Night’ will take place on Saturday 17th November and run from 10pm until 5am.

Fans can sign-up now via www.andycwembley.com for exclusive access to discounted presale tickets that will be made available on Wednesday 27th June. From those who sign-up, 20 people will be chosen at random and win the chance to watch England vs Belgium on Thursday 28th June at a secret London location with Andy C, plus a t shirt, and a signed copy of ‘Nightlife 7’ (on release). ‘Andy C All Night Wembley’ tickets will then go on general sale on Friday 29th June.

This is the first time an all night event has taken place at the SSE Arena throughout its long and prestigious history, and is the latest in a series of landmark London events that Andy C has played, ranging from Brixton Academy (twice) and Alexandra Palace, to his sold out 13 week residency at XOYO, and beyond. One of the world’s most respected DJs and producers, he’s played a vital role in the capital’s electronic music scene for over two decades.

Further details about Andy C All Night Wembley will be announced soon.

Andy C recently announced the seventh edition in his benchmark mix album series, ‘Nightlife’. Available summer 2018, ‘Nightlife 7’ will be released on Ram Records. Launched in 2003, each installment of‘Nightlife’ has achieved seminal status and reflected the depth of production talent across drum & bass during that period. For the first time, Andy has encouraged new and emerging talent to be a part of it – by inviting them to submit exclusive music to be considered for the ‘Nightlife 7’ mix.

With over 40 awards to date, Andy C’s career has been nothing short of a phenomenon. He’s sold-out Alexandra Palace and Brixton Academy with his own solo shows, played headline slots at the world’s greatest festivals including Creamfields, Glastonbury, EDC, and SW4, and released a string of phenomenal crossover anthems like ‘Heartbeat Loud’ and club tracks like ‘What Bass’, and ‘New Era’. He’s also the go-to remixer for the likes of Major Lazer, Sigala, London Grammar and beyond, and the d&b figure recently chosen to host the first drum & bass radio show on Apple Music’s Beats 1, broadcast to over 100 countries. In 2017, Andy C sold out a 13 week residency (d&b’s first) at London’s XOYO.