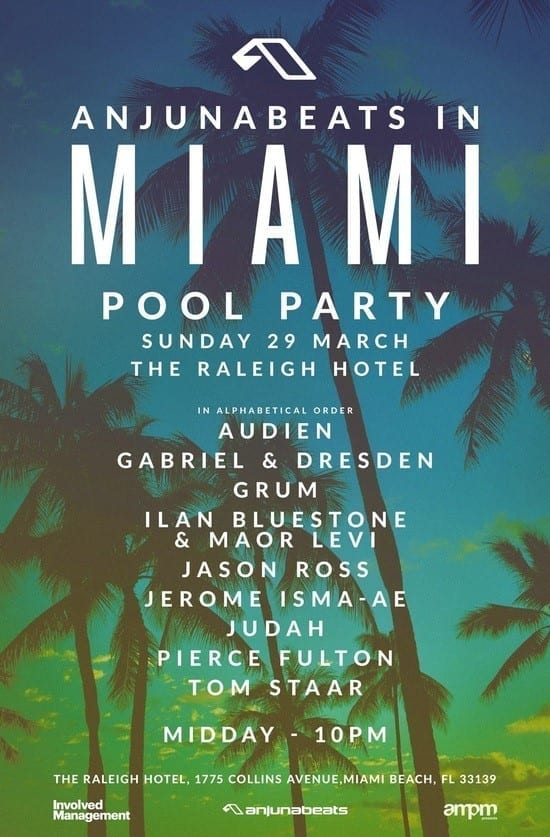 Audien is one of the hottest young names in dance music. His last release on Anjunabeats, “Hindsight,” was one of the label’s biggest hits in 2014. Gabriel & Dresden will be joining as well, as veterans of the dance scene who also recently joined Above & Beyond at one of their two sold-out shows at the Bill Graham Civic Center in San Francisco. A notable recent release is their remix of Rone’s “Bye Bye Macadam.”

Grum is another young producer making waves, his hit “Sunday Blue Sky” was recently premiered by Annie Mac and has been widely acclaimed. ilan Bluestone and Maor Levi, two longtime members of the Anjunabeats family, will be playing a special back to back set. They originally worked together on the track “On Our Own,” a big hit for the label in 2011.

Jason Ross, one of Anjunabeats’ fast rising young stars, who Above & Beyond named as a breakthrough producer of 2014, will also be joining. His latest hit “Cairo” has met with Beatport success and solidifed his position as one of 2015’s most exciting young producers.

Jerome Ismae-Ae is another longtime member of the Anjuna family, his recent hit “Tension” (produced with ilan Bluestone) was a big one for the label. Judah’s remix of Boom Jinx & Meredith Call “The Dark” was a favorite remix on the imprint last year. Pierce Fulton’s smash “Kuaga” has been heavily featured in Above & Beyond’s sets since its release, as has been Tom Staar’s “Totem” featuring Ansolo.