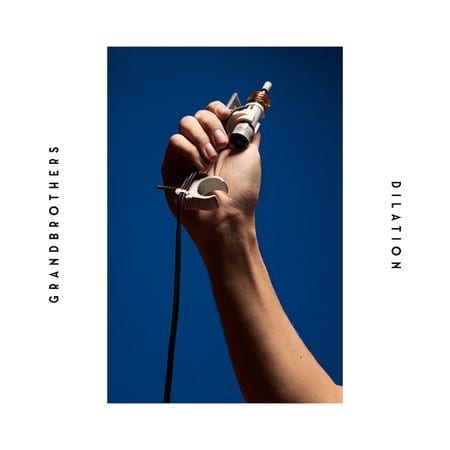 Grandbrothers present their debut album, Dilation out now on FILM. The duo are also thrilled to annouce their first London show, 15th April at the Ace Hotel where they will be performing with their self-built, grand piano drum-machine.

Now, Grandbrothers present their debut album, Dilation, a product of two years intensive work. Dilation builds on some of the early ideas established on Ezra Was Right while exploring further elements of minimalism, ambient music, IDM, and techno. Each of the duos new tracks expertly build into sweeping, cinematic soundscapes, recalling the structural and rhythmic qualities of club music as well as composers such as Steve Reich and Ryuichi Sakamoto’s collaborations with Alva Noto.

Surprisingly, there are no synthetic sounds on Dilation: Erol and Lukas deliberately restrict themselves to the sounds of the grand piano across the album. “We wanted to make modern-sounding music using classical instruments,” Lukas explains, “Instruments with a lot of history.”

To achieve this modern sound, Lukas developed an unusual system for playing the piano. Drawing on his technical background, he created a series of electromechanical hammers that could be controlled via his laptop (on software that he designed himself, no less) to ‘play’ the piano. This process allowed the duo to discover new, previously unknown sounds – sounds that couldn’t be achieved through conventional playing – which give the record its unique sonic qualities.

Dilation is a physical term for expansion and widening,” Erol says, “We see the project as an experiment: how far you can go with a piano? How much you can get out of it, soundwise?”

With further manipulation using loops, effects, and amplification, Dilation is an album that covers an extraordinary range of sounds despite coming from such a small, unorthodox setup. Classical, yet forward-thinking; expressive and emotional. Dilation is set to be an early highlight of 2015 and sure to put Grandbrothers on the radar for the future.