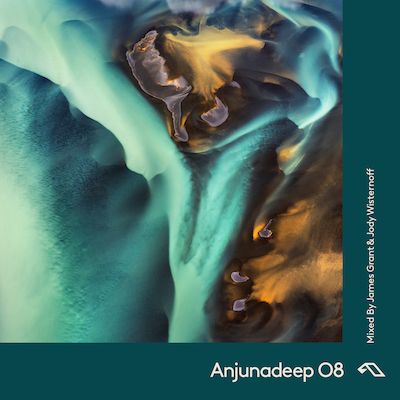 Anjunadeep, the tastemaker label behind talent like Cubicolor, Lane 8, Dusky and Yotto, has released ‘Anjunadeep 08’ today, the latest installment of its flagship compilation series curated by James Grant and Jody Wisternoff.

Launched in London in 2005, Anjunadeep has evolved into one of the leading labels in dance music with almost 300 releases under its belt, and a global touring schedule that has taken in five continents over the past two years. Featured in publications like the New York Times and Wall Street Journal, as well as leading industry press such as Pitchfork and Resident Advisor, Anjunadeep continues to stamp its mark on the deep and soulful end of electronic music.

In 2016 the label has released acclaimed debut albums from Cubicolor and Croquet Club, plus a string of underground cuts supported by Dixon, Laurent Garnier, Sasha, Annie Mac, Eric Prydz, Tale Of Us, Kölsch, Deadmau5, Pete Tong, Francois K among others – further enhancing its reputation as a global A&R hotbed.

James and Jody have spent well over a year hunting, gathering and arranging this year’s collection, creating 11 of their own exclusive remixes and edits in the process. The result is Anjunadeep’s most widescreen compilation to date. From the gentle ambience of Croquet Club and Hiatus through to the classic dancefloor grooves of Yotto and Way Out West, James and Jody bridge the gap from melancholic to euphoric on a carefully crafted journey that is full of texture and emotion.

The first disc kicks off with a poignant introduction from Hiatus, before deftly weaving together a string of compilation exclusives from Vaults and Kyson, and a host of memorable new material from label mainstays 16 Bit Lolitas, Yotto, Universal Solution and Theo Kottis.

Disc two welcomes some familiar fan favourites in Croquet Club, Way Out West and Cubicolor, whilst introducing new talent to the label in Icarus, Tontario, Tinlicker and We Need Cracks. Solomon Grey and Ólafur Arnalds also return to the compilation series with exclusive new remixes.

Label co-founder and A&R James Grant has built a cult following in recent years, with his compilations, live sets and radio shows a constant highlight in the label’s output. Bristol’s Jody Wisternoff has a reputation not only as a formidable producer, but also as a crate-digging “DJ’s DJ”. After mixing four Anjunadeep compilations together, the collaborative chemistry between the pair is obvious and reaches new heights on Anjunadeep 08. Dive in and enjoy.