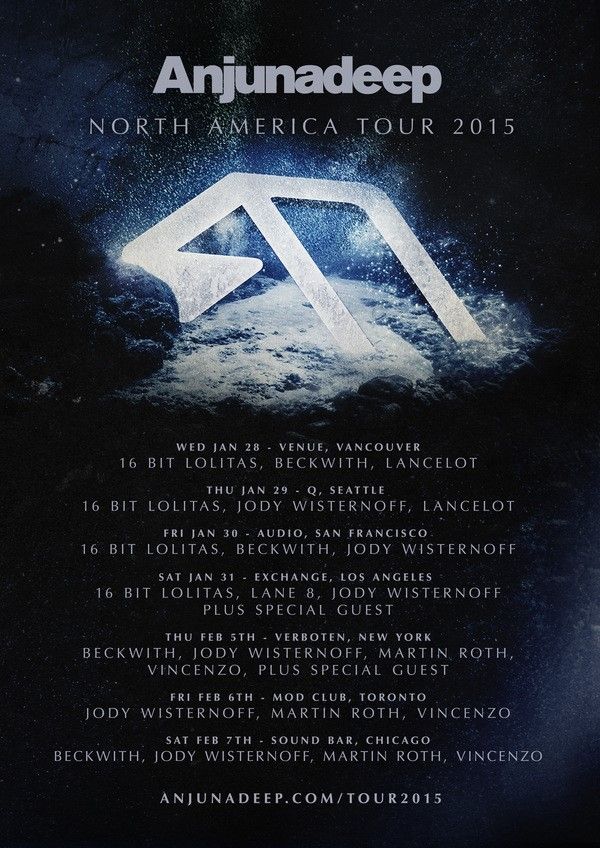 Covering seven cities across Canada and the US, the label is now proud to announce a lineup showcasing the full Anjunadeep spectrum, from established label legends to exciting new talent. Joining the tour will be  (in alphabetical order) 16 Bit Lolitas, Beckwith, Jody Wisternoff, Lancelot, Lane 8, Martin Roth and Vincenzo.