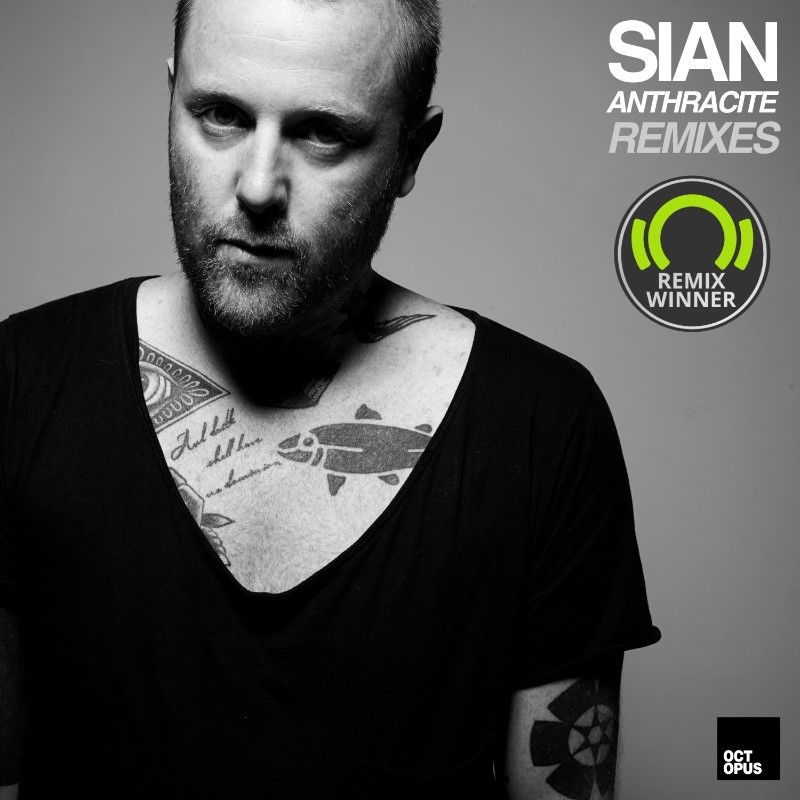 Having unleashed his highly anticipated 23-track LP Anthracite, on his very own Octopus Recordings this past August, Sian is now delivering a remix package that is brimming with some of techno’s greatest giants. Set to release on September 21st via Octopus Recordings, the package will  feature 6 remixes off the album courtesy of Carlo Lio, Julian Jeweil, Justin James, Pig & Dan, Shaded and Beatport Remix contest winner Fragala P.

The package kicks off with Carlo Lio’s take on Diamond Shore. Driving techno and erie vocals pair up, building up a crescendo of a drop-taking you down the rabbit hole. Pig & Dan’s remix of Medicine Man doesn’t skip a beat with its jaunty tech house feel. With a persistent sense of urgency and a modulated bassline, Pig & Dan’s remix sucks you into a hypnotizing vortex right from the get go. Julian Jeweil’s remix of Visor has an atmosphere which grows in tension, and the tracks dark underbelly reveals itself. Shaded’s remix of Binary has a mysterious energy with quirky kick drums and haunting vocals. Justin James reworks Sian’s Ascension, keeping it true to its techno roots. Elements of a propelling bassline and Justin’s fine techno craft permeates throughout. The remix package wraps up with Beatport /Native Instruments and Oyaide Neo Cables remix contest winner Fragala P, with his version of Sian’s Medicine Man. Fragala’s remix has a dark ominous vibe which lurks with echoing percussions.