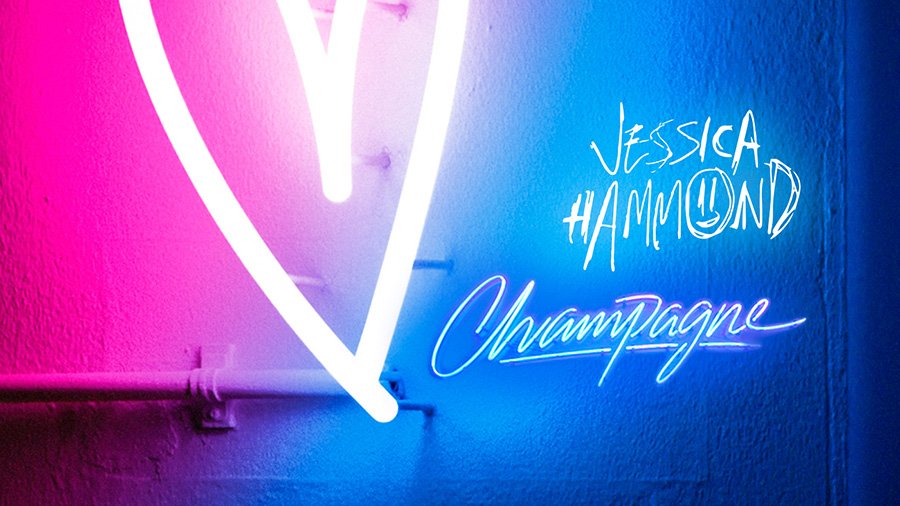 Reworking the feel-good pop original, Anton Powers’ remix of ‘Champagne’ is centered around an infectious, distorted bassline, delivering a vibrant house track with hard-hitting vocals and an energetic beat. It marks the first official remix of the single, which has garnered support across Spotify and Apple Music, featuring in playlists such as New Music Friday, New Pop UK and New Music Daily, alongside radio playlist support from RTE 2FM and Cool FM.

“I’m so excited to have a Remix by Anton on this track. I was so excited to hear where he would take the track and he didn’t disappoint.” Jessica Hammond explains. “The remix brings a whole new level of energy and life to the record by taking the strong, edgy, melodic chorus in the track and merging it with powerful, rock, electric guitars whilst retaining the super catchy bass line in the original, giving it a unique fresh dance sound that is very 2021.”

Speaking about the remix, Anton Powers enthuses, “I’ve gone for a filtered / twisted house remix that I’m playing in my DJ Sets, in a vibe similar to my hero Armand Van Helden.”

Originally from Belfast, Jessica started her music career when she was 14 years old on Disney’s ‘My Camp Rock’ performing alongside Demi Lovato and has worked with some of the best producers and Grammy award-winning writers including Amy Wadge (Thinking Out Loud/Ed Sheeran) and Ollie Jacobs (The Saturdays). A highly skilled producer in her own right, Jessica self-produces all of her own releases alongside her long-time collaborator and co-producer Matty Graham from their base at Black Studios in Belfast.

Anton Powers is best known for his collaboration with Philip George ‘Alone No More’ which debuted at #1 on both the iTunes and Vodafone Big Top 40 charts. Following this, Anton has been producing non stop chart-toppers including ‘Make Your Move’ and ‘Thinking About You’. Having started his radio career with a slot on Juice FM and Radio City 96/7, Anton has since blossomed as a key tastemaker at Kiss FM, going on to perform internationally at various A-List festivals and venues, including Tomorrowland, Creamfields, and Ibiza’s Amnesia and working with huge names on big remixes such as Becky Hill, Mariah Carey, Kylie Minogue and Cheryl.

Anton Powers puts a vibrant spin on ‘Champagne’ whilst keeping the authenticity of Jessica Hammond’s original.

To find out more about Jessica Hammond, go to:

To find out more about Anton Powers, go to: 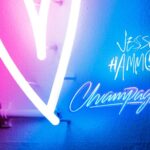