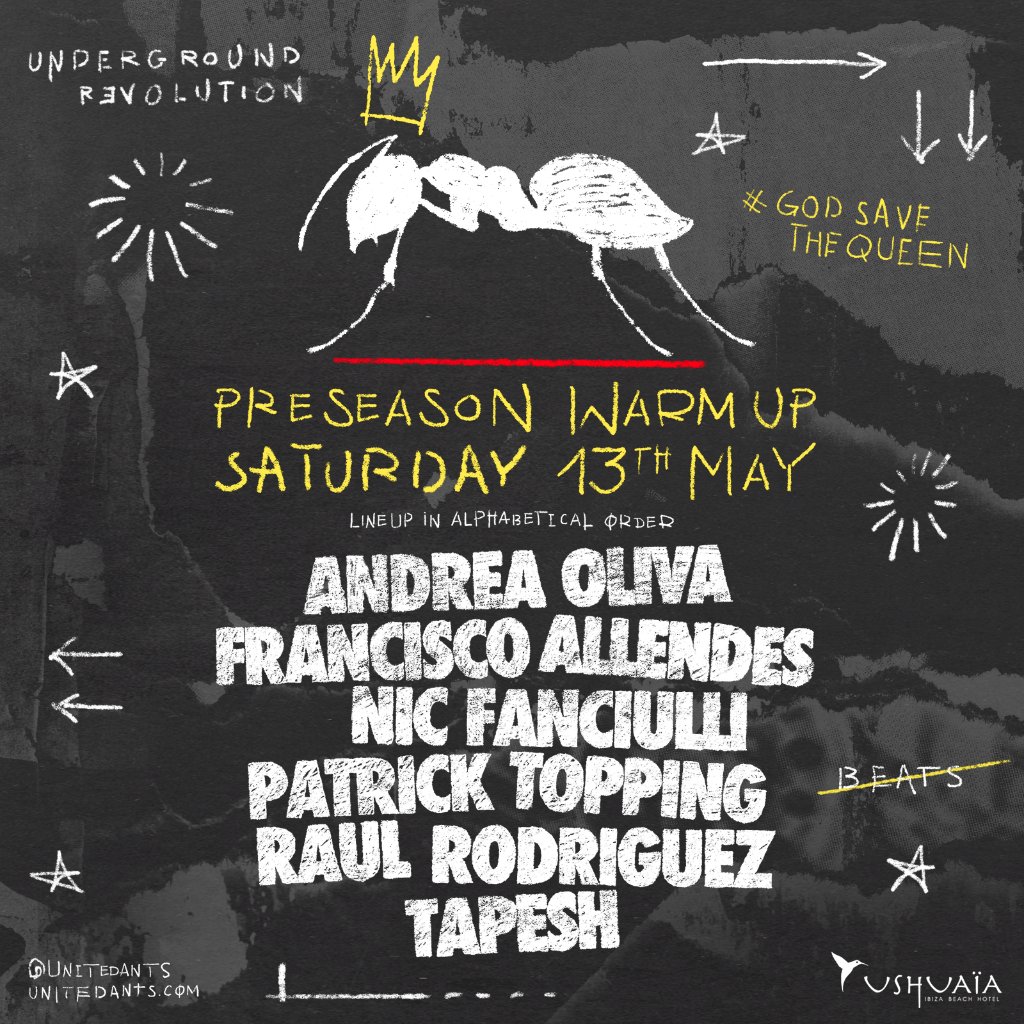 Having recently revealed the official dates for their fifth year as Ibiza residents, ANTS have now revealed line-ups for their prominent pre-season parties on May 13th and May 20th at their colony home, Ushuaia.

Spearheading the colony on May 13th is residency frontman Andrea Oliva, alongside Chilean supporter Francisco Allendes and house and techno selectors; Nic Fanciulli, Patrick Topping and Raul Rodriguez – whilst Tapesh will allure you into that ‘Tapesh feeling’ under his flamboyant magical-remedy.

Marking a fifth anniversary landmark for the captivating colony, this year’s 18-week residency, will kick off on Saturday 3rd June and run until Saturday 30th September… Are you ready!?