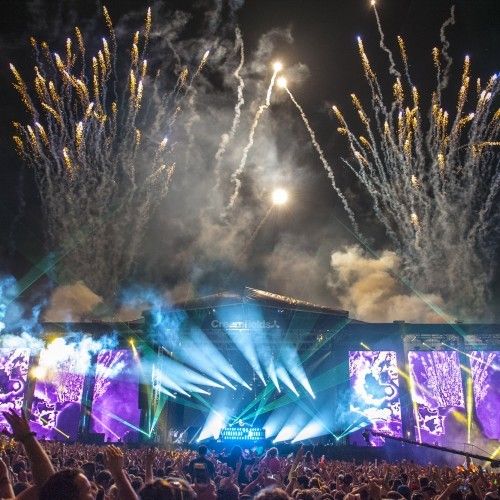 After casting their net far and wide this year and spreading the colony’s reach across the world, ANTS once again touches down in the UK – this time at the one of Europe’s largest dance music festivals, Creamfields. With their sights set on hosting a stage of strictly underground artists, the colony have enlisted an all-star line up of exciting residents and special guests.

Topping the bill is an artist who needs very little introduction – Seth Troxler has become the face of the underground house and techno movement over the past few years, so it was only a matter of time before he graced the ANTS booth and what better event for him to debut at than Creamfields.

Special guest Andrea Oliva has also been announced to perform on the ANTS stage this year, following news that his debut album in it’s final stages of production. With a host of international touring dates already on the horizon this summer too, the Swiss underground pioneer is guaranteed to impress.

Hotflush mainstay and Man Make Music label boss George FitzGerald also follows alongside fellow ANTS regular Kölsch – a producer who enjoyed an incredible 2014 – whilst Jackmaster, voted DJ Mag’s ‘Best DJ’ at their annual Best Of British Awards at the back end of 2014, is guaranteed to keep the party moving amidst a backdrop of signature house-techno-disco blends.

Fellow UK producer and curator of deep, soulful beats Ben Pearce is also billed to appear, having released a series of  sultry ‘Sex Tape’ mixes over the past few months, whilst rounding off the bill are ANTS residents and Ibiza veterans Los Suruba. With a string of major releases this year and a return to Ibiza already forecast, big things are expected of the Spanish duo in 2015.