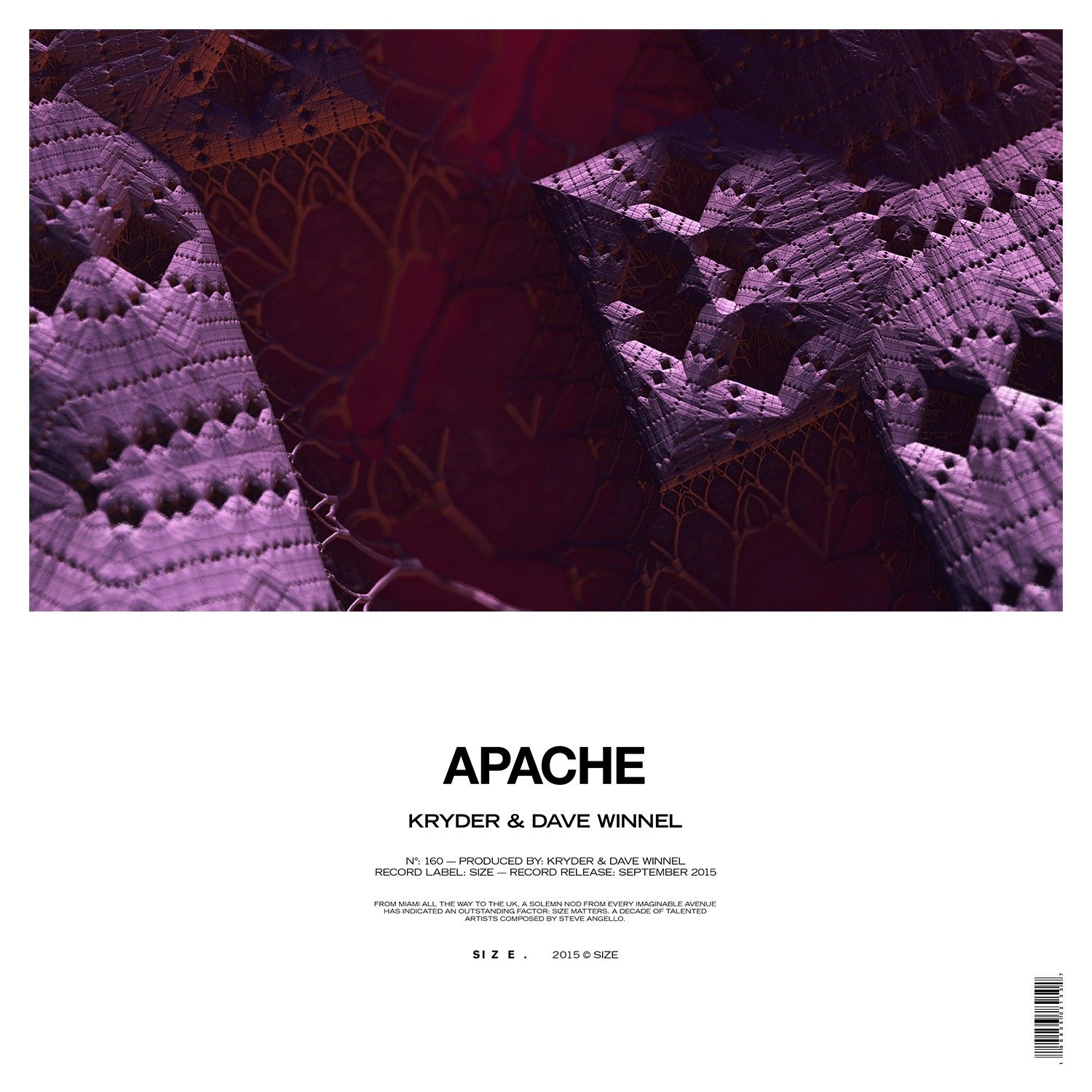 Kryder and Dave Winnel have joined forces for the latest release from Steve Angello’s Size Records. A first time collaboration between the two producers, ‘Apache’ will be released on September 4th.

Powered by driving sub bass, ‘Apache’ engenders the spirit of 90’s rave music, with synths blaring out over the 4/4 beat, creating a unique interpretation of the  powerful house music Size has become synonymous with.

About Kryder
Kryder has spent the last few years building a cult fan base and cementing his name within the electronic music scene with fans, producers and DJs alike. With two IDMA nominations and multiple beatport top 10s, his self-styled, ‘Cartel’ has been taking over the globe. Pioneering tracks such as Jericho, Aphrodite and recent remix collaboration with Tom Staar of the classic ‘Show Me Love’ have all played a part in the evolution of Kryder bringing the groove sound to the bigger stages and clubs worldwide. This year Tomorrowland (BEL), Tomorrowworld (US), Nature One (GER), Summerburst (SWE), and Creamfields (UK) are just a few of the festival shows around the world, embracing Kryder and his sound.

About Dave Winnel
Australian Dave Winnel broke through with his big track ‘Achtung!’ in 2013, which became an anthem for the summer, being played at festivals and clubs worldwide. Since then, Dave has released on some of the most prestigious and well respected labels including Axtone, Big Beat and Def Jam, managing to get the support from the likes of Oliver Heldens, Pete Tong, Axwell and many more in doing so. Equally talented behind the decks, his skills have also seen him perform highly acclaimed sets at Pacha Sydney, Future Music Festival and Stereosonic.