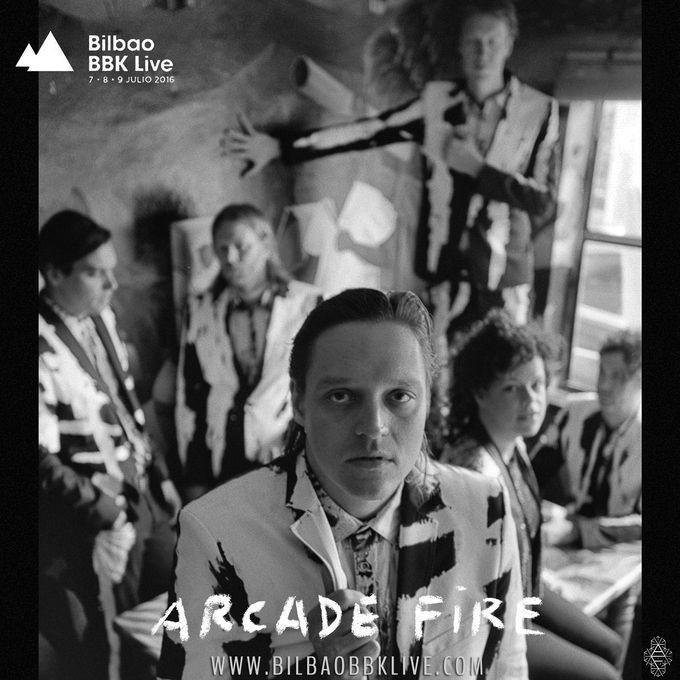 Since their inception in 2001, Canada’s Arcade Fire have established themselves as true outsider champions. Straddling genres from dark, baroque pop and art rock through to modern disco and having worked with a cast of collaborators including LCD Soundsystem mastermind James Murphy and the late, great David Bowie, there isn’t another band on the earth quite like them. The group’s incredible, multi-instrumental live show is sure to take festival goers on an amazing journey as they step up to headline Bilbao BBK Live as one of only two European shows in 2016.

From debut LP Antidotes through to last year’s storming fourth album What Went Down, Foals are a band who have gone from strength to strength. Having established themselves as one of the world’s most incendiary live acts and graduated from small club shows to bonafide main stage stars, the electrifying rock quintet are not to be missed when they grace the stage of this year's Bilbao BBK Live.

With many more artists still to be announced, 2016 is guaranteed to be a huge year for Bilbao BBK Live’s 11th edition, which is set to welcome 40,000 revellers to the stunning Basque Country. Taking place from the 7-9 July, the festival combines breath-taking views of the city from Kobetamendi Hill and beautiful golden sandy beaches with an unrivaled musical lineup boasting some of the most exciting emerging and celebrated artists internationally. Tickets, priced at £69.00 + bf are available now at www.bilbaobbklive.com.