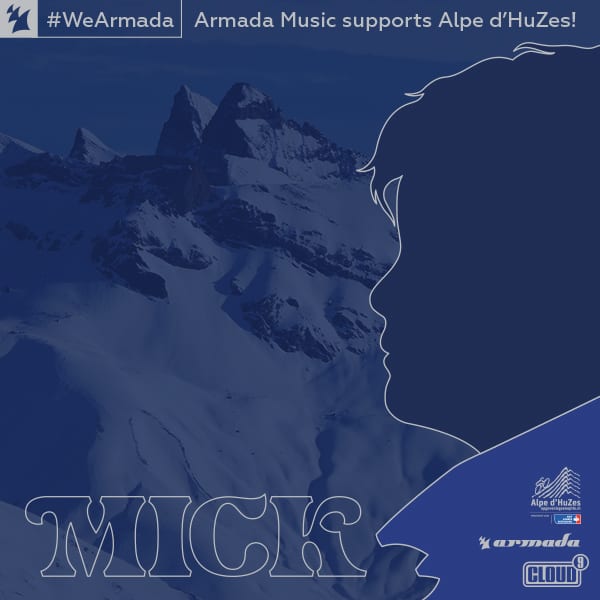 Armada Music and Cloud 9 Music have both joined the cause of Alpe d’HuZes, one of the largest anti-cancer fundraising events in the Netherlands. To support the fight against cancer, the Dutch record label will not only take part in the event with three teams and already over 27 participants, but they will also contribute in a myriad of other ways.

Alpe d’HuZes is a fundraising event that lets its participants climb the legendary Alpe d’Huez mountain either by foot or by bicycle, up to six times on one single day. The funds raised are used for scientific research on cancer, which should help to put a stop to the disease.

The team-up between Alpe d’HuZes and Armada Music comes hot on the heels of a year in which the employees of Armada music got to experience this terrible disease on a personal level. After Maykel Piron, the CEO of Armada Music, lost his father-in-law to pancreatic cancer in early 2016, the worst fear of any parent became reality: Mick, the five-year-old son of Maykel and Chantal, was diagnosed with Acute Lymphoblastic Leukemia (ALL).

Shocked by this terrible news, Maykel decided to assemble his #WeArmada team to climb the Alpe d’Huez mountain on June 1st, 2017, aiming to raise as much money as possible to support the fight against cancer. In addition, both Armada Music and Cloud 9 Music have offered their support to the organization of Alpe d’HuZes on the matter of event organization, music, the creation of work-out playlists and seeking out potential sponsors.

Those who want to join the cause of the #WeArmada team are invited to do so via the following links:

The funds raised will be managed by KWF Kankerbestrijding and submitted to a separate fund: the Alpe d’HuZes/KWF fund. Alpe d’HuZes will use this money to finance research, projects and services beneficial to their cause.