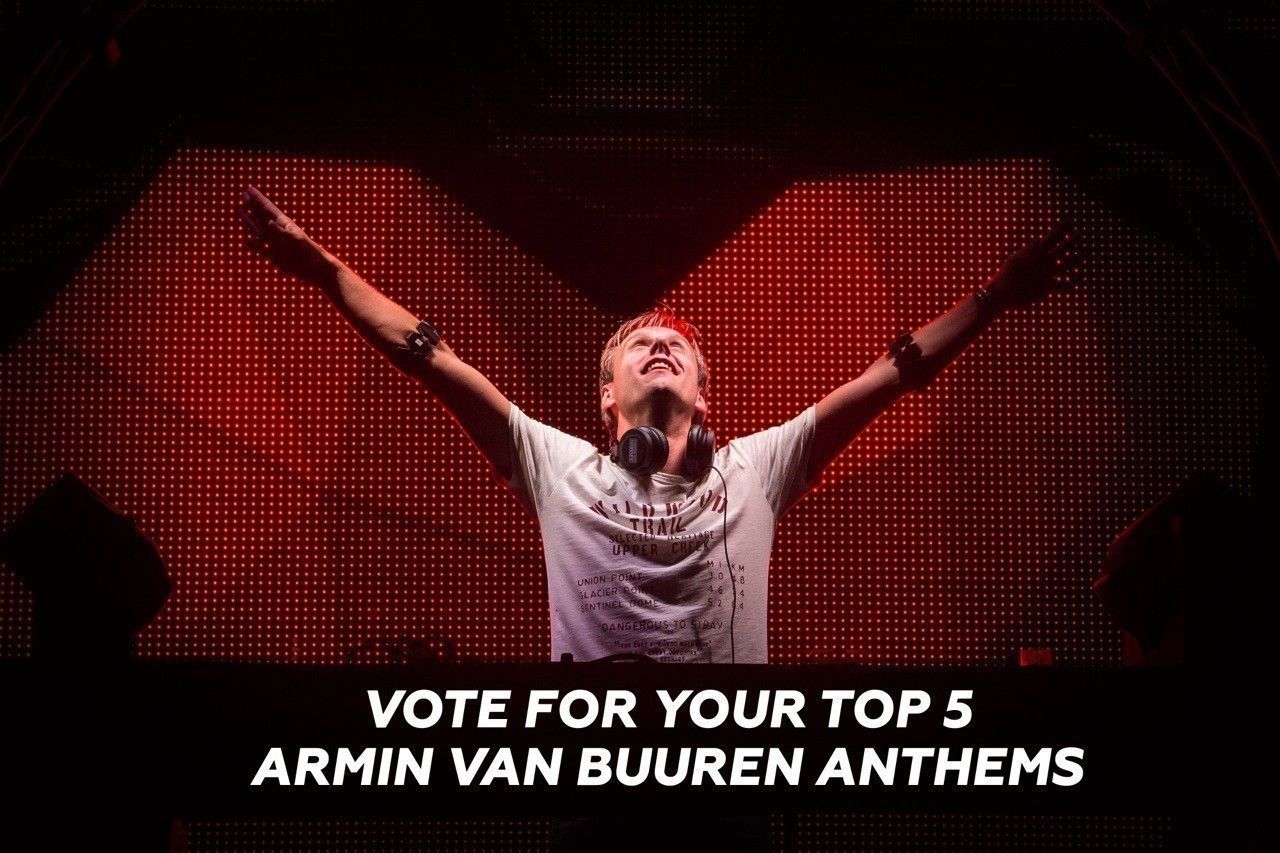 Armin van Buuren will soon be releasing ‘Armin Anthems’, a new release containing the top Armin van Buuren tracks from the last 20 years, as voted by his fans. As a thank you to all those who have supported him over the years, Armin wanted to give back by letting the fans completely determine the track list of his next release. Everyone can now vote for his/her five favorite Armin songs of all time, and the poll results will be used to create the track list for Armin van Buuren’s first fan-voted album so far, which will come out late 2014.

Voting will be open via http://vote.arminvanbuuren.com from September 18th 8pm CET to October 2nd 10PM CET. The record will fit 20 songs (commemorating 20 years) into 1 physical CD in addition to being made available through all major digital download and streaming services. Once the votes are tallied, the results will be announced during Armin’s A State of Trance radio broadcast on October 9th, 2014.

Among the records of Armin’s sterling back catalog are ‘This Is What It Feels Like’ (certified platinum, gold, and silver throughout the world), his first UK hit ‘Blue Fear’, ‘In And Out Of Love’ (which was one of YouTube’s most viewed videos, reaching over 147 million views and counting), and many more industry-changing anthems.

Following up on the success of Armin’s recent chart-topping ‘A State of Trance at Ushuaïa Ibiza, 2014’ compilation including the single ‘Hystereo’, this record marks a unique experience for Armin’s audience, especially those who have followed and stood behind him since the very beginning of his career.