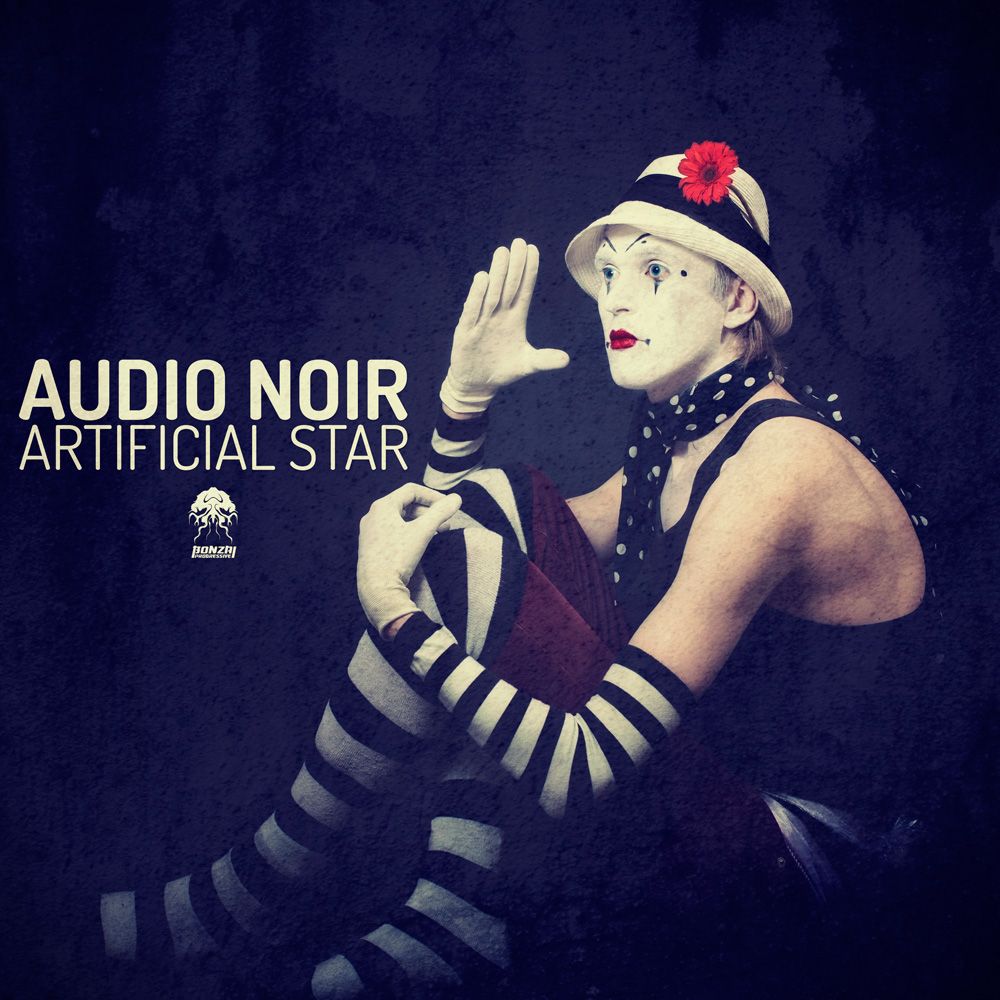 Halfway through the second decade of the 21st century, you have to hesitate some before reaching for artistic descriptions like “mysterious” or “enigmatic”. Atypical is the new typical; it’s all been said; it’s all been done before, right!?

How else though do you depict an artist who, over a good few years and now dozens of productions, has never bared his own face to camera, nor shown himself ‘unmasked’? An artist who opts instead for a series of silhouettes, outlines, altered images and other avant-garde-ist phantasmagorias with which to present himself to his audience. And an artist, it must be remembered, who goes under the distinctly shrouded alias/cloak of Audio Noir!

The clandestinely minded Australian won’t be ‘exploding onto any scenes’. He’s no “overnight sensation”, nor could his career rise (thus far anyway) be classified as “swift” or “meteoric”. He doesn’t DJ either (“yet” he underscores) and he may well be too ‘fresh of age’ to have even heard one of his own tracks played live in club.
Played live they’ve been, though, with ever-increasing frequency over the last 18 months and to no small measure of DJ acclaim. Paul Oakenfold, Solarstone, John 00 Fleming, Airwave, M.I.K.E Push and Gai Barone are just some of the spinners who’ve been dialling in, with ever more regularity to his own unique, mood-fuelled electronic music hybridization. That sound has seen his releases pollinate across a good few of the more forward thinking label stables: J00F, Green Martian, Perfecto Black and Suffused being but a cross-section. As with his first album (the 2014-released ‘Almost Famous’) though, it’s with the legendary Bonzai Progressive imprint that he’ll be releasing his sophomore long-player later this month.

So, if you’ve not already had the occasion, there’s probably no been a better time to ‘meet’ Audio Noir…

Arriving with a title that’s every ounce as satirically pointed as ‘Almost Famous’, its predecessor, ‘Artificial Star’ is another razor-sharp barb at ‘the overground’ – a place for which the Adelaide-based producer has scant regard.

Vocals are more the exception than the rule in Audio Noir’s music. When they come though, they duly land with even greater impact. The Depeche Mode-ish lean of ‘Far From Home’ and the trancier incline of ‘Like The Wind’ (sung by Jimmie Westwood and Lena Grigg respectively) and Lokka Vox’s turn on the lament-laden closeout ‘Your Love’ bring song-based weight to the new album.
On tracks like the empyrean ‘El Oceano Y La Luna’ and the deep-space ether of ‘Drk Mttr’, Audio Noir charts the cooler, more refined margins of trance. Interspersed between are the beat-free chill & dubby ‘Leftism’-style LFO of ‘A Deeper Future’ and ‘Paper Planes’, which is every bit as nonchalant in nature.

‘Artificial Star’ is a long-player from an artist who you’re going to be hearing a whole lot more from, and in the none too distant future to boot. The album’s released through Bonzai Progressive on August 31st.