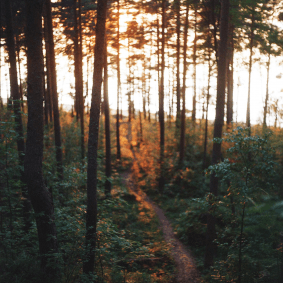 "This release reflects the full spectrum of emotions I get from visiting the place displayed in the artwork. This is where I grew up and where I get all my inspiration from. It’s on the shore of the Gulf of Finland near Saint Petersburg. When I’m looking for inspiration or simply to calm down I will visit this place – it’s my mecca. I’d like to thank Rekids for providing a home for my music." – Nocow

‘Atoner’ opens with an eponymous track that gently unravels with soaring synths and subtle percussion before Nocow’s voice emerges alongside twinkling atmospherics in ‘Complie’. Throughout the long player are also intricately produced short tracks sitting between the two and three-minute mark such as looping vocal number ‘Dancerecter’, the melodic and rattling ‘Leto’ and ominous ‘Delore’.

‘Ostanovitsa’ is a murky offering featuring a meandering organ riff, leading into the pitter-patter drums and serene chords of ‘Starveme (feat. Tayut Ogni)’. ‘Come Along’ is a crystalline and otherworldly experience from start to finish, whilst ‘Melting Lights’ is comprised of echoing, subterranean sounds, making way for reverberating snares and metallic stabs in ‘Standalone’.

Husky murmurs and soothing notes then make up ‘Neva’, moving into the syncopated beat and idyllic chord sequences in ‘Can’t Get Enough’ ahead of ‘Stonecold’ and its icy aesthetic. Finally, the album reaches a mesmerising conclusion with the spellbinding ‘Footer’.