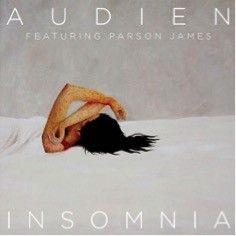 Today, Grammy-nominated artist Audien releases his debut single for Astralwerks; home to a multitude of award-winning artists including deadmau5, The Chemical Brothers, Empire of the Sun, Porter Robinson and Swedish House Mafia amongst many more.

The Mystic, Connecticut-based music prodigy gained mainstream notoriety in 2014 for his remix work which included the Grammy-nominated remix of Bastille’s “Pompeii” and Michael Jackson’s “Slave To The Rhythm”. Audien was also nominated as “Best New Artist” of 2013 by SiriusXM and frequently tops the Beatport Charts with massively successful original singles like “Hindsight” which climbed to #1 on the Trance Charts (and was heralded by the likes of Avicii, Hardwell, Danny Howard, and Markus Schulz to name a few) and “Serotonin” which features Matthew Koma and boasts over one million YouTube plays. Having recently wrapped up his first major headlining tour with sold out dates in Los Angeles, San Francisco, and New York City, Audien continuously proves that he is not one to sleep on.