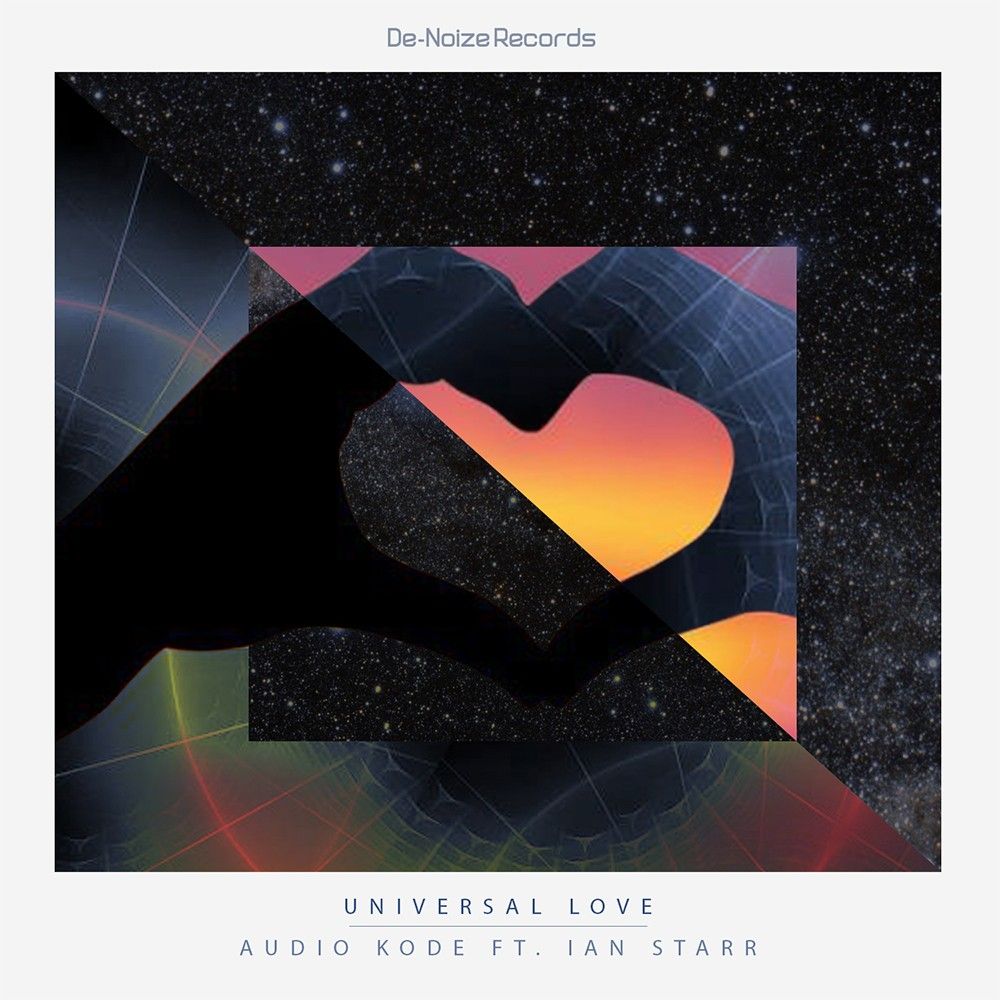 The 1st of June, 2015 will be marking an important date in the House music calendar, as New York based DJ and producer Audio KoDe and world renowned vocalist Ian Starr announce the release of their latest single ‘Universal Love’. An all-star team-up, the duo have been behind global hits and have now put their efforts together to come up with a potential House classic.

As if Audio KoDe’s resume wasn’t rich enough, Ian Starr comes in to add more weight to this thrilling tandem between two good friends from New York City. Dubbed as ‘The Voice of House Music’, Ian Starr has his signature on celebrated Billboard hits such as: ‘A Better Way’, ‘Walking on Sunshine’ and ‘Love is the Message’. Mentored by the master of Soul, Funk and R&B himself Stevie Wonder, Ian Starr has been blessing the electronic music world with his immense talent for multiple years.

An African inspired beat, featuring fierce Hi-Hats and an intricate, syncopated kick and snare pattern starts off ‘Universal Love’ together with a healthy dose of swishing effects. The track takes a turn towards a more House based rhythm whilst Ian Starr’s epic, talking-like vocals spice up the atmosphere. An uplifting bass-synth melody drives the vibe forward whilst the infectious beat keeps the groove rolling and provides a perfect accompaniment to the vocals. A series of variations lead to a soulful vocal melody section, raising the single into another dimension. Ian Starr’s smooth singing adds a layer of melodic complexity to Audio KoDe’s numerous layers of sonic wonders. A Jazzy vibe is then introduced towards the end, with the Stevie Wonder style acoustic piano solo, creating a surprise element that few could expect, before heading towards a stylish conclusion characterised once again by the thunderous world music influenced rhythms. The amazing control over dynamics and the clean mixing are striking features within ‘Universal Love’, displaying all of the duo’s experience in the studio and their ferocious skills.

‘Universal Love’ is being presented by NYC based label De-Noize Records. A collective of A-list DJs and the best upcoming talents, De-Noize Records is inspired by NYC’s famous clubs in the 80s and numerous journeys around the world, frequenting the best DJs in the business. Audio KoDe has placed himself at the centre of this imprint, being a regular signee and contributing distinctive projects to their catalogue like: ‘NY Shhh!!’, ‘Lost Souls EP’, ‘Love & Hate’, ‘West 26 Street EP’, ‘Rattled EP’, ‘Quantum Effect EP’, ‘Be Different EP’ and many others.