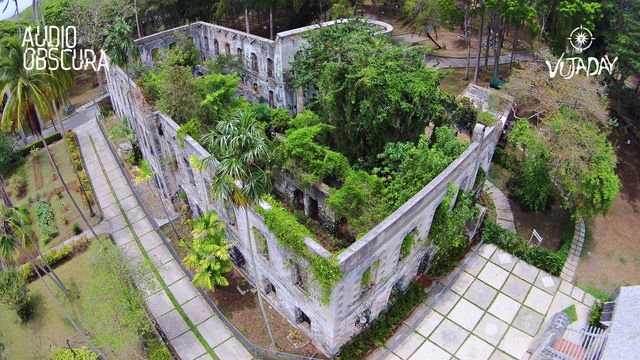 Leading Amsterdam promoters Audio Obscura today announce their exciting collaboration with Barbados’ Vujaday Music Festival, where they will host a stage on Saturday April 6th. Held in locations throughout the island ofBarbados across five days (April 3-7), Vujaday promises a range of day and night parties, with many held right on the beach and others in incredible local venues that fit perfectly with Audio Obscura’s pedigree of hosting parties in unique spaces.

The beautiful east coast of Barbados where Audio Obscura will host their stage features breathtaking beaches lined with banana and coconut trees contrasted with dramatic limestone cliffs, staggering rock formations and big Atlantic waves. The exact location will soon be revealed. It’s an incredible mansion in ruins after it burned down in a fire in 1965 and has since become one with its surroundings, with overgrown trees making their claim on it and a forest of mahogany all around it. Situated high up on a hill overlooking the rugged Atlantic coast, its remaining walls are used as a powerful backdrop for the stage.

A typically stellar line-up is promised on the Audio Obscura stage, starring the mighty Bedouin, a DJ set from indie-dance crossover duo Bob Moses and even more A-list artists to be announced in the coming months. The festival previously announced an impressive clutch of artists including Sasha, Moodymann, Lee Burridge, Octave One and many more to be announced.

Early Bird passes are currently on sale here while supplies last and start at $199 for general admission with VIP options also available. Info on partner hotels and travel packages for the festival can be found here.

Audio Obscura have hosted parties in venues ranging from Amsterdam’s train station to the national museum and Amsterdam’s majestic concert hall over the years, gaining a reputation for putting on events in the city’s most unusual spaces. They also have a history of throwing the most legendary afterhours in town in the beloved Loft in the A’DAM tower. Always attracting some of the most exciting and popular names in the scene, they have quickly grown to become a major force. This participation in Vujaday is guaranteed to have the same sense of occasion and visual power that their parties in their hometown boast.