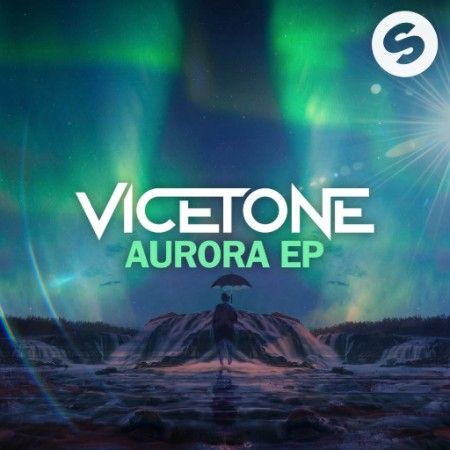 Vicetone introduce their debut Aurora EP. The five-track inaugural effort sticks closely to the duo’s fast-paced melodic style while taking the time to tell a story. That story is filled with bubbly synths, groovy basslines, and fluttery keys. Aurora is more than just a dance record, which becomes more and more evident with each listen through as each track is influenced as much by a classical symphony as modern dancefloor zeitgeist.

The releases’ lead single “Bright Side” sets the tone with grand orchestral strings and angelic vocals care of Cosmos & Creature. The second single, “Don’t You Run” employs live rainstorm sounds to create an earthy texture and tone under Raja Kumari’s beautiful vocals. Both “Siren” and “The Otherside” keep upbeat, dance-heavy tones that will certainly resonate around the festival crowds while “Green Eyes” masterful use of horns and plucky notes rounds out the EP.

Vicetone says, “The Aurora EP is a project where we took our sound in new directions: staying true to our original style, while also experimenting with different sides of our sound. All of the songs are melodic and full of energy, but each in their own way, helping the EP feel like a whole. We wanted to show our fans multiple facets of our sounds and we're beyond excited to release it.”