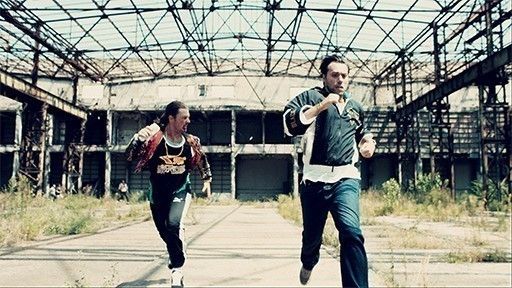 The duo of Axwell Λ Ingrosso, former members of the legendary Swedish House Mafia, proclaim The Dawn Of A New Beginning, officially starting their new campaign tonight (Wednesday) with the world premiere of ‘Can’t Hold Us Down,’ The Hottest Record In The World on influential BBC Radio 1 presenter Zane Lowe’s show. Hear the track:

‘Can’t Hold Us Down’ is the first track to surface from Axwell Λ Ingrosso’s eagerly anticipated first official album as a duo, to arrive in 2015.  The first official single from the album will follow ‘Can’t Hold Us Down’ by the end of 2014 on Def Jam Recordings in the U.S. and Virgin/EMI in the UK.  Axwell Λ Ingrosso’s previous band, Swedish House Mafia never released a full studio album, despite selling over 10 million records worldwide. (Two compilation albums were issued in 2010 (Until One) and 2012 (Until Now), on Virgin Records/Astralwerks.)

Swedish House Mafia was renowned for selling out Madison Square Garden in nine minutes for their concert in 2012, without any album in the marketplace. The group disbanded in March 2013, after playing their final sets that month at the Ultra Music Festival in Miami. Emerging as a duo, Axwell Λ Ingrosso first premiered their new music on Zane Lowe’s show in late March 2014. “I was lucky enough to go down to the studio this week, listen to a whole bunch of songs. It’s going to be incredible,” Lowe raved on air. “It’s a whole new era for these two.”