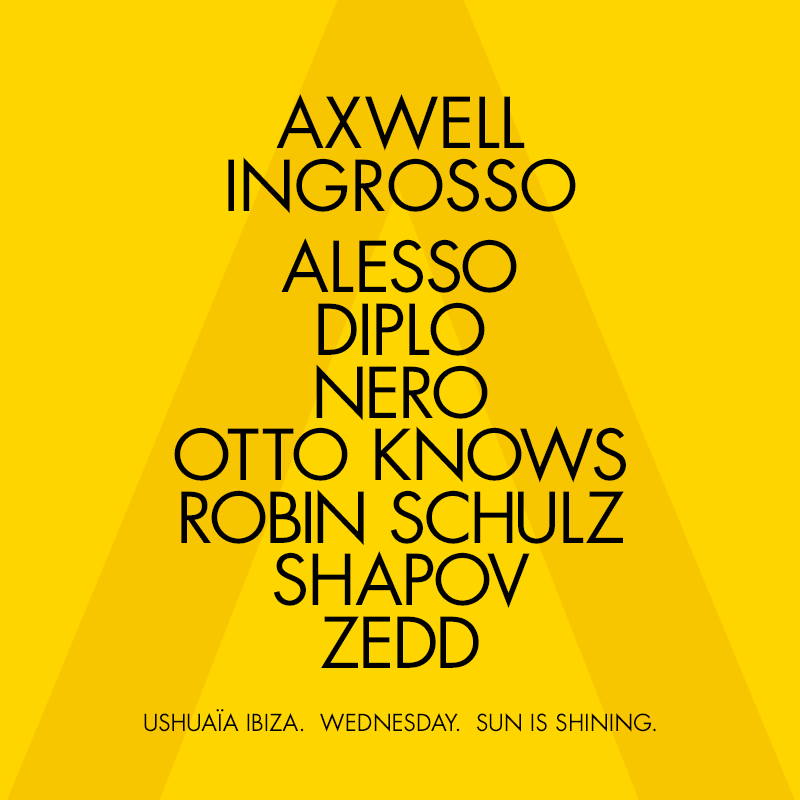 After a massive sold out show to 10,000 fans at London’s Alexandra Palace this weekend, Axwell & Ingrosso have released the official video for their next Summer hit ‘Sun Is Shining’, available on all retailers today. The song was featured prominently in H&M’s worldwide ’Summer Starts Now!’ campaign, earning over 2 and a half million plays before release. Watch ‘Sun Is Shining’ below and take a look at some highlights from Alexandra Palace.

Breaking ground on Wednesday July 1st, Axwell & Ingrosso are joined by Robin Schulz who joins them 5 times across the summer and Ibiza natives Mambo Brothers.  The remainder of the summer features the likes of Zedd and Nero.

Headline duties will again be shared with Alesso this year, with the fellow Swede playing host on two dates. The ‘Cool’ producer is joined by fellow EDM heavyweight Otto Knows on July 29 and the  Major Lazer’s Diplo and Mambo Brothers touch down on 19th August.

Revellers will once again be blown away by the world-class production and attention to detail Axwell & Ingrosso have showcased time and again at the world’s best venues. Most recently tearing the roof off London’s Alexandra Palace for a one off roadblock show to open the summer in style.