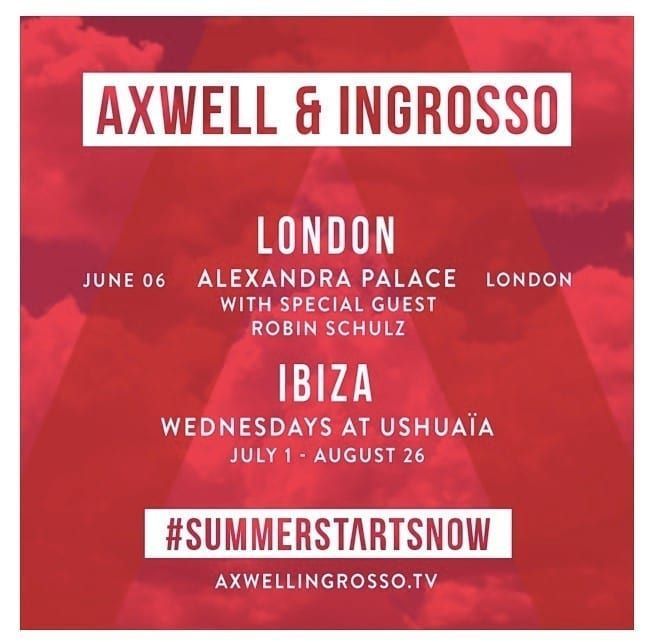 Axwell & Ingrosso, fresh from a standout headline set at Ultra Music Festival main stage and closing out Coachella’s iconic Outdoor Theatre to one of the largest crowds of both weekends, have declared that summer is finally here. Their summer hit ‘Sun Is Shining’ has been synced to the global Summer Starts Now campaign for Swedish fashion house H&M. The campaign’s lead commercial was shot in Antigua and stars supermodels Natasha Poly, Doutzen Kroes, Adriana Lima and Joan Smalls. The video is set to air on national TV in 30 countries as well as globally on YouTube:

To confirm their hold over the season after FADER named their hit song “On My Way” as a contender for Song of The Summer, Axwell & Ingrosso have announced their London return at Alexandra Palace on June 6 with special guest Robin Schultz, and confirmed their return to Ushuia Beach Club in Ibiza on Wednesdays from July 1 to Aug 26. Guests for the summer will be announced in the next two weeks. With a host of festival performances from Outside Lands in San Fransisco to Summerburst in Sweden, the summer has been officially declared open.