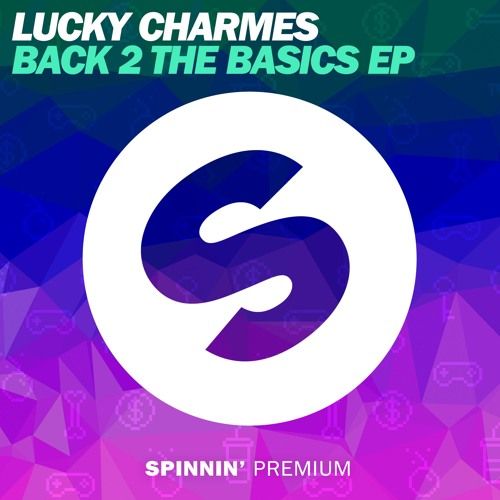 As if Lucky Charmes wasn’t on fire already. Last year the Dutch artist made quite an impact with worldwide acclaimed tracks like ‘Skank’ (released on Tiësto imprint Musical Freedom) and ‘Drop That Bass’ (released on Calvin Harris label Fly Eye), both reaching Beatport’s main Top 5 in a matter of days, gaining DJ support from all the greats out there.

Known for his headstrong house sound, Lucky Charmes underlines his 2016 triumphal path with this three-track EP ‘Back 2 Basics', on which he delivers a sweet collection of trademark grooves. As he explains himself: "I'm very proud of this EP and how it turned out to be; showcasing everything I love about house music. Bass driven house music, cool vocals and heavy grooves to get the floors going!"

It’s out now, all tracks available as free download for the next two weeks.
https://www.spinninrecords.com/premium/lucky-charmes-back-2-the-basics-ep

Spinnin' Premium
Spinnin' Premium was launched in October 2015 as a new sublabel of Spinnin' Records, solely focusing on 100% free downloadable tracks. This is based on a (free) subscription; after signing up on the Spinnin' Premium website, every release can be downloaded for two weeks. By now, many artists have released their music here, including Quintino, Firebeatz & Apster, Watermät, Julian Jordan, Chocolate Puma, Mightyfools, Redondo and Curbi.