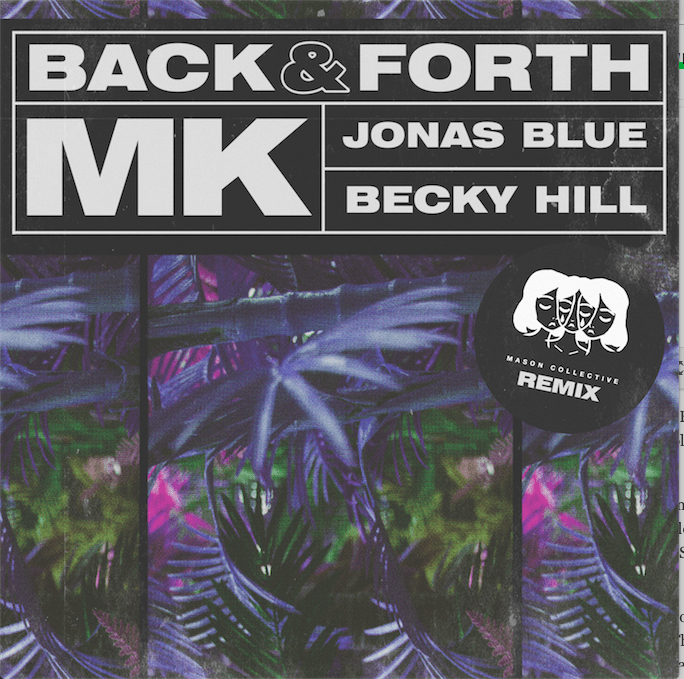 With the original version of MK, Jonas Blue, and Becky Hill’s ‘Back & Forth’ surging to over 20 million Spotify streams, Manchester-based DJ and production trio, Mason Collective have now delivered their club-ready remix of the production.

A slick remix embodying the trio’s dynamic grooves, ‘Back & Forth’ follows a huge summer of tour dates and festivals for the trio, who made their Ibiza debut, playing at Privilege. The group also performed at Creamfields, Hideout, Parklife and Lost and Found, garnering a widespread fanbase as a result of their dynamic performances.

Headed  by  Blair  Suarez,  Adam ‘Mase  Milo’ Myles  and  Omar  Guedar, the Manchester trio  have developed their own  signature brand of high tempo, energetic grooves  and drawn strong attention in the underground music scene with their explosive DJ sets. Since their inaugural release ‘Whippin’ on Wow Recordings, the guys have been tipped heavily in the dance scene, topping Beatport’s overall chart and gaining support from The Martinez Brothers, Jamie Jones, Loco Dice and Patrick Topping along the way.

The Mason Collective remix of ‘Back & Forth’ is set to drop on Friday 16th November.