BACK TO THE BEATS 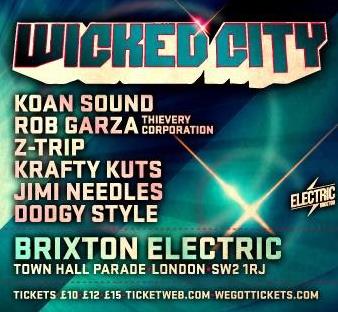 BACK TO THE BEATS

As the music developed so did the members involved. Dynamite MC, Skope, Steve Yamaha & Damien Soul soon joined the team. In the summer of 2014 Wicked City remixed 2 Kill Paris tracks for OWSLA. Since then they have finished writing their debut EP and putting together their full live show which you can see this Friday in London alongside KOAN SOUND, ROB GARZA of Thievery Corporation, Z-TRIP (Very Rare UK Performance), KRAFTY KUTS, JIMI NEEDLES and DODGY STYLE.

Also go to their Facebook for a free download of a track from their debut EP https://soundcloud.com/wickedcitymusic