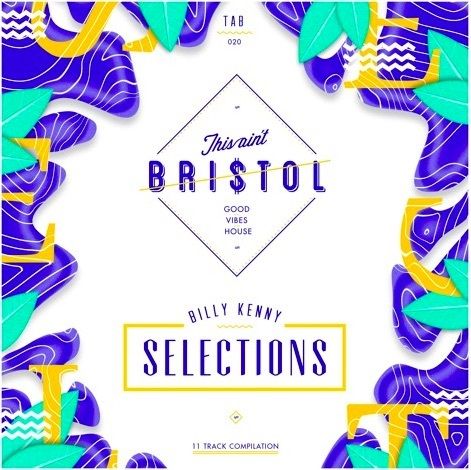 Following up his wickedly wonky Bumps EP on Psycho Disco!, Brooklyn producer Codes conjures another dark and trippy dancefloor spell with his new single "Bad Boy", out this Friday on Billy Kenny's selections via This Ain't Bristol – check it streaming here. Codes aka Cody says, "I met Billy Kenny in Miami last year at the TAB label party briefly and ended up sending a bunch of tunes to him.

Funny thing is somehow I didn't have my name on the demo and he played the track on his Instagram asking who's it was haha. I ended up emailing him and singing it soon after."

This Ain’t Bristol says of the release: "Blimey, time flies! It all started just over two years ago with our first Selections series. A lot may have changed but one thing will always remain – our love for good vibes. This time our very own Billy Kenny takes the reigns in compiling the essence of our initial Selections approach. Here’s eleven tracks that you just can’t say nein to."