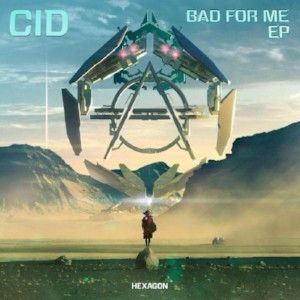 New York producer CID has unleashed the brand-new video for single ‘Bad For Me’, following the release of the EP of the same name, put out through Don Diablo’s famed ‘Hexagon’ label on 16th March.

CID has garnered a reputation as one of the leading pioneers of the future house and bass genres in recent times, staking his claim on the world of dance music with appearances at festivals from  EDC Las Vegas to Storm Shanghai. He continues to impress across the new EP, also featuring latest single ‘I Miss You’, which has already received over one million streams since its release just over a month ago.

Showcasing his thundering synth patterns and deep floor-shaking basslines on ‘Werk’, CID also uses vocals from Sizzy Rocket on the EP’s namesake single ‘Bad For Me’; a rich anthem soaked in the DJ’s signature pulsating beats.

Having started his DJ career with regular sets in his father’s restaurant in Queens at the tender age of 12, CID has since catapulted himself into the public eye, collaborating with the likes of CeeLo Green, and many more.

The release of the ‘Bad For Me’ EP precedes his latest run of worldwide dates, which will see the acclaimed producer take his contagious beats and unparalleled live sets to venues around the world, including Thailand, Bali, Prague, and most recently at Swedish legend Axwell’s iconic Axtone Pool Party yesterday at Miami Music Week.