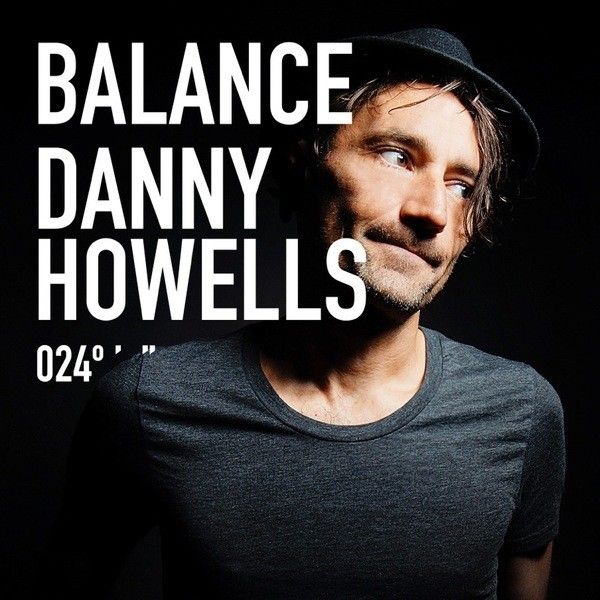 Danny Howells doesn’t fit into the standard dance music paradigms. With a reputation as “the DJs’ DJ”, he has remained stoic in the face of ever-shifting trends and fads in dance music since he broke through into the global house music consciousness in the late-’90s. He doesn’t churn out productions to “remain relevant”, instead only releasing music as and when inspiration strikes. He’s not a publicity hungry, social media devotee. He’s not someone who feels the need to reinvent himself with new monikers or side projects, nor someone who aggressively pursues a maxxed-out DJ’ing schedule. Quietly ploughing his way through the house music continuum, he has remained one of the world’s most captivating selectors precisely because of these organic means. That and his impeccable selection, distinctive style and silky mixing, of course.

Balance 024 comes as a long-awaited next chapter in his illustrious cannon of timeless compilations that have proven the calling card of his career. His numerous Global Underground volumes, Renaissance mixes and more besides have found a fond place in many a clubbers’ home listening collection, earning him a legendary reputation as one of the best musical storytellers in the electronic world. His first freeform mix compilation proper since 2008 – aside from a Dig Deeper label compendium – it represents one of the year’s most exciting and anticipated releases.

“It wasn’t an intentional hiatus” Danny says of his absence from the compilation game that largely broke his name. “I was focusing on my label for a while. I do like having a nice gap between albums though as it allows me to really stockpile the tracks I love so much. It’s nice when you come to compile and you’ve got your favourite tunes from the last few years to pick from. I had a brief discussion with Balance a few years back so knew (hoped!) that a release was possibly still on the cards, so since then I was always semi-consciously thinking about the tracks I was buying and playing that I thought would be suited to an album. I’m talking about tracks that don’t really age, and that mainly have some kind of soulful edge… gorgeous subtle melodies and so on. When the album idea was confirmed earlier this year it just boiled down to me filtering all those tracks I’d hoarded, making sure I focused on the ones that still did something to me, even after God knows how many listens.”

Howells wears his heart on his musical sleeve at all times, favouring a sense of emotion and drama as his modus operandi rather than sticking to a certain genre or style. ‘That Mix’ (CD1) begins by harking back to the ethereal sounds of the legendary Northern Exposure compilations with Desolate’s haunting remix of rising talent Essay, a variety of broken beats seguing across these first tracks. Jamie xx’s dusty rhythms skip towards some vintage sounding super deep tech house, again taking us back to Howells’ early years in the spotlight. Will Saul & October’s brooding techno locks horns with Michael Mayer’s euphoric class, The Mole’s loose funk luring us towards Joakim’s gently uplifting chimes and KiNK’s glorious rework of Jimpster. Sisterhood’s arpeggios glisten and Matthias Voigt adds drama to Ian Pooley’s juicy groove before these sorrowful strains give way to the joyous tones of Oxia and AWOL. As the mix threatens to go bigger still, we’re reined in with a hypnotic slice of Axel Boman to bring the mix to rest.

‘This Mix’ (CD2) begins with the Balearic tingle of Maricopa, a theme continuing into the fist-pumping pianos of Shur-I-Kan and the lazy nu disco funk of Deep Sound Express tackling Sixth Avenue Express. Seva K and Durerstuben continue the mesmerising combination of delectable bass and heavenly melody, the grooves toughening up as the pulsing melody of Chopstick & Johnjon provides a moment of intense beauty. Daze Maxim’s remix of Le Loup takes things darker and trippier, Rompante raising the intensity with tough incessant snare patterns and pounding kicks next. Ewan Pearson takes the mix to a giddy peak with his expansive re-rub of Kaltehand & Natasha Waters, a double helping of Prins Thomas keeping the melodic intensity burning. Jagwar Ma’s acid trip throwback soars towards the end of the mix, leaving it to Sandrien to reach climax with an impeccable 303 vs 808-style jam.

As ever, Howells’ mixing is impeccable throughout – unnoticeable in its harmony and subtlety, each track taking on a piece of the previous one, like relay runners passing on the baton. Putting together this mix was not simply a case of sitting in a dark room sifting through a load of tracks. His travels and experiences of recent years are all filtered into it, with manifold inspirations distilled therein. “Glastonbury had a huge impact on me this year and I used some of my time there to work on ideas for this mix” he says, seemingly nonchalant to the fact that it’s the last place on earth most of us would ever think about doing anything remotely labelled ‘work’. “I filled an old iPod with as many of my “shortlist” tracks as I could find and listened to them whenever I was in my camper van. I decided I really wanted to use The Mole’s tracks and the Will Saul remix one morning when the sun was rising and we’d all had a bit of a “moment” up on the hill.”  The dedication that’s gone into this mix and the humanity Howells has sprinkled all over it make for a hugely satisfying return to the compilation game from a man who should be considered one of the UK’s national treasures.