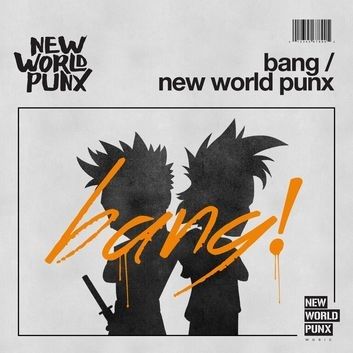 Following New World Punx’ previous slammers “Romper” and “Torque,” the duo’s third original release kicks off with distorted vocal sample chops encouraging listeners to “bang to the beat of the drum” before pounding kicks ricochet into an electro synth breakdown.

The percussion-riddled release is paired with a black-and-white official music video in which the main character runs amuck akin to a 2015 version of “Run Lola Run.”

Both legends in their own rights, Schulz and Corsten’s electrifying chemistry in the studio and behind the decks has seen them effortlessly form of the most exciting and dynamic partnerships in the electronic music scene today. Having already performed at some of the world’s most sought-after festivals including Tomorrowland, Coachella, EDC, Ultra and Stereosonic, New World Punx’ refreshing and fun-loving ethos has stepped up to fill a gaping void in the market that has caught the attention of talent and tastemakers alike.