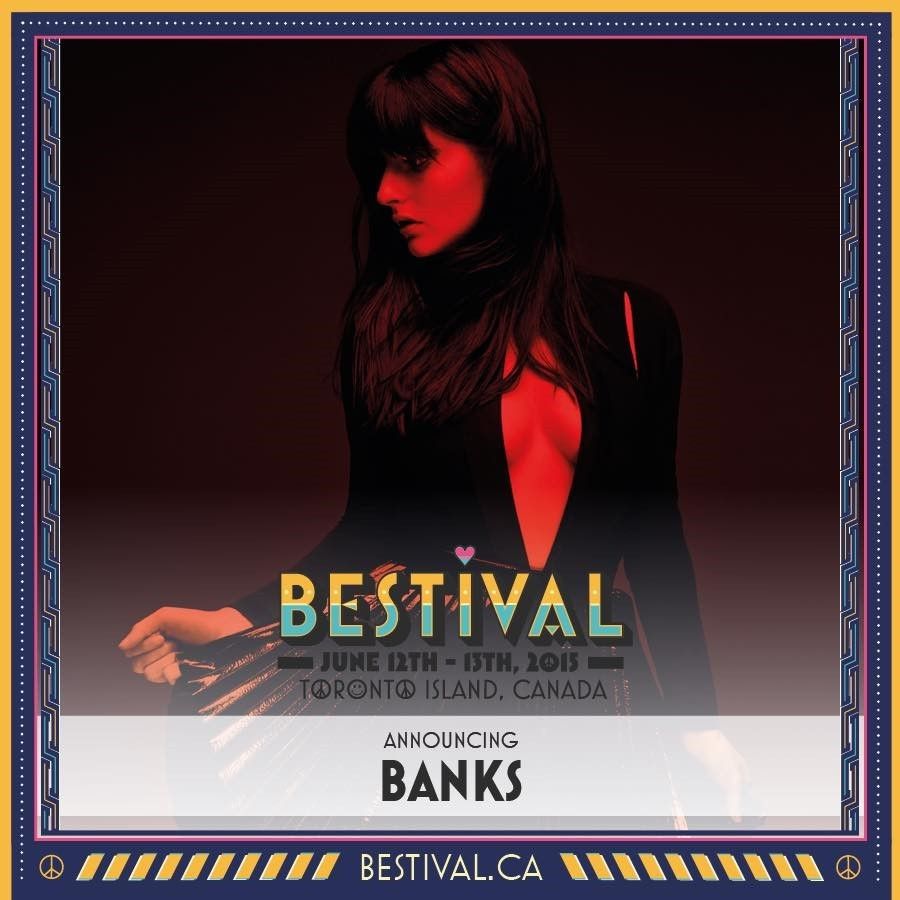 Following Bestival’s initial line-up announcement for our first-ever overseas affair, which included headliners Florence + the Machine and Nas, plus Flume, Caribou, SBTRKT and many more, we’re extremely excited to be able to announce that Banks will be adding her own inimitable brand of magic to proceedings at Hanlan’s Point Beach, Toronto Island on June 12th and 13.th

Bestival curator Rob da Bank says: “Our Canadian adventure is looming large in our diaries, and the excitement at Bestival HQ about our first international festival has just got a bit more elevated with the news that Banks will be joining us on the ferry to Toronto Island! Ever since I first saw Banks’ London show where she held a disused ballroom full of the music industry in rapture we’ve been huge fans.”

Effortlessly enigmatic, Banks has consistently garnered high praise from those in the know for her shadowy R&B stylings. Her debut album Goddess was critically acclaimed for its sonically ambitious palette and raw sounds, while tastemakers queued up to champion Banks, nominating her for the BBC Sound Of accolade and MTV’s Brand New, among many others in 2014. One to make sure you catch in Bestival’s intimately cosy atmosphere before her talents boost her into the major league and enormo-domes. Don’t miss out!

We’ll have more news coming your way, meanwhile, keep checking http://www.bestival.ca for all the latest info.

Tickets are on sale from: http://www.flavorus.com/event/BESTIVAL/285817