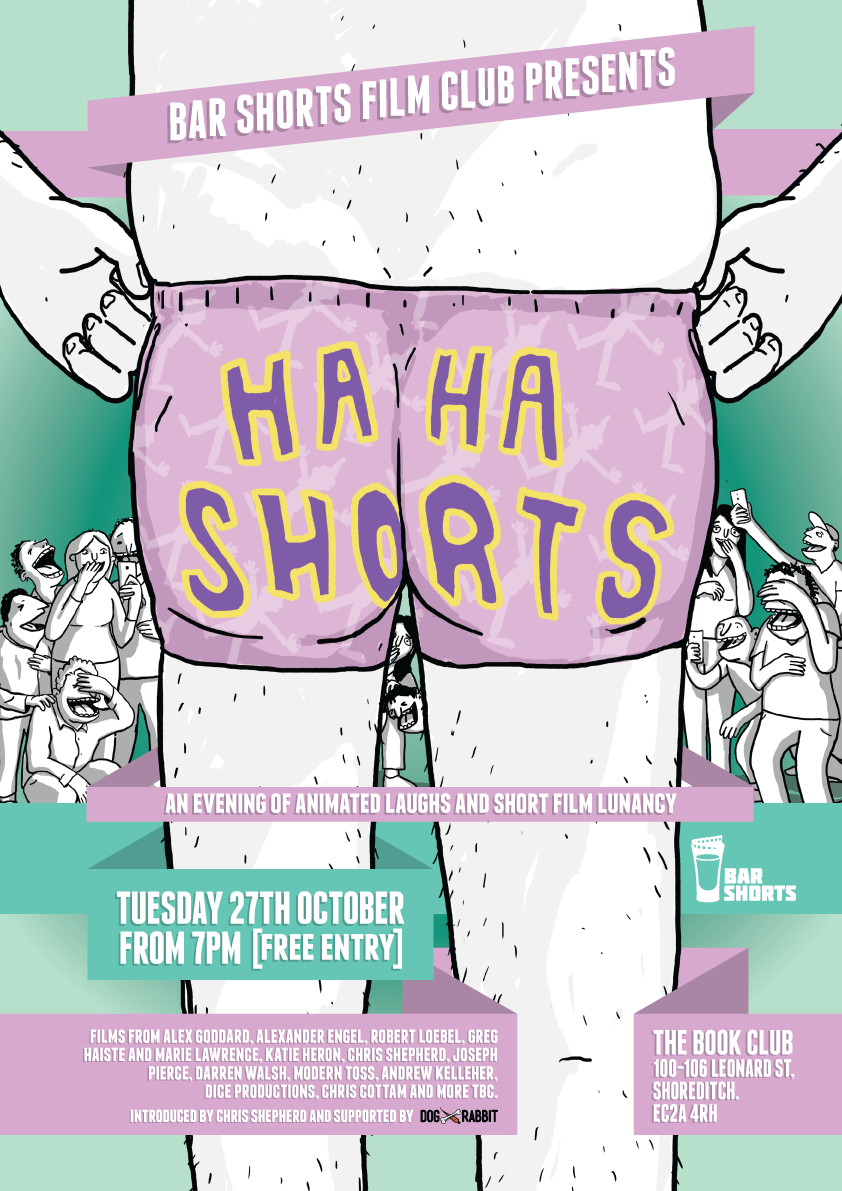 Hold on to your love-handles people! Bar Shorts Film Club is back for an evening of animated laughs and short film lunacy.

On Tuesday 27th October at The Book Club in Shoreditch, London, we will present a brand new line-up that aims to tickle, possibly amuse and maybe even question the meaning of all existence.

Presented by director/film maker Chris Shepherd and supported by animation studio Dog & Rabbit, the HA HA Shorts showcase promises yet another scintillating evening of short film and animation, a few drinks and an opportunity to mingle with filmmakers and directors.

Basement doors will open at 7pm and films will begin at 8pm sharp. We suggest arriving early if you want a seat!

The night is free, as always, but please register your attendance at Eventbrite.