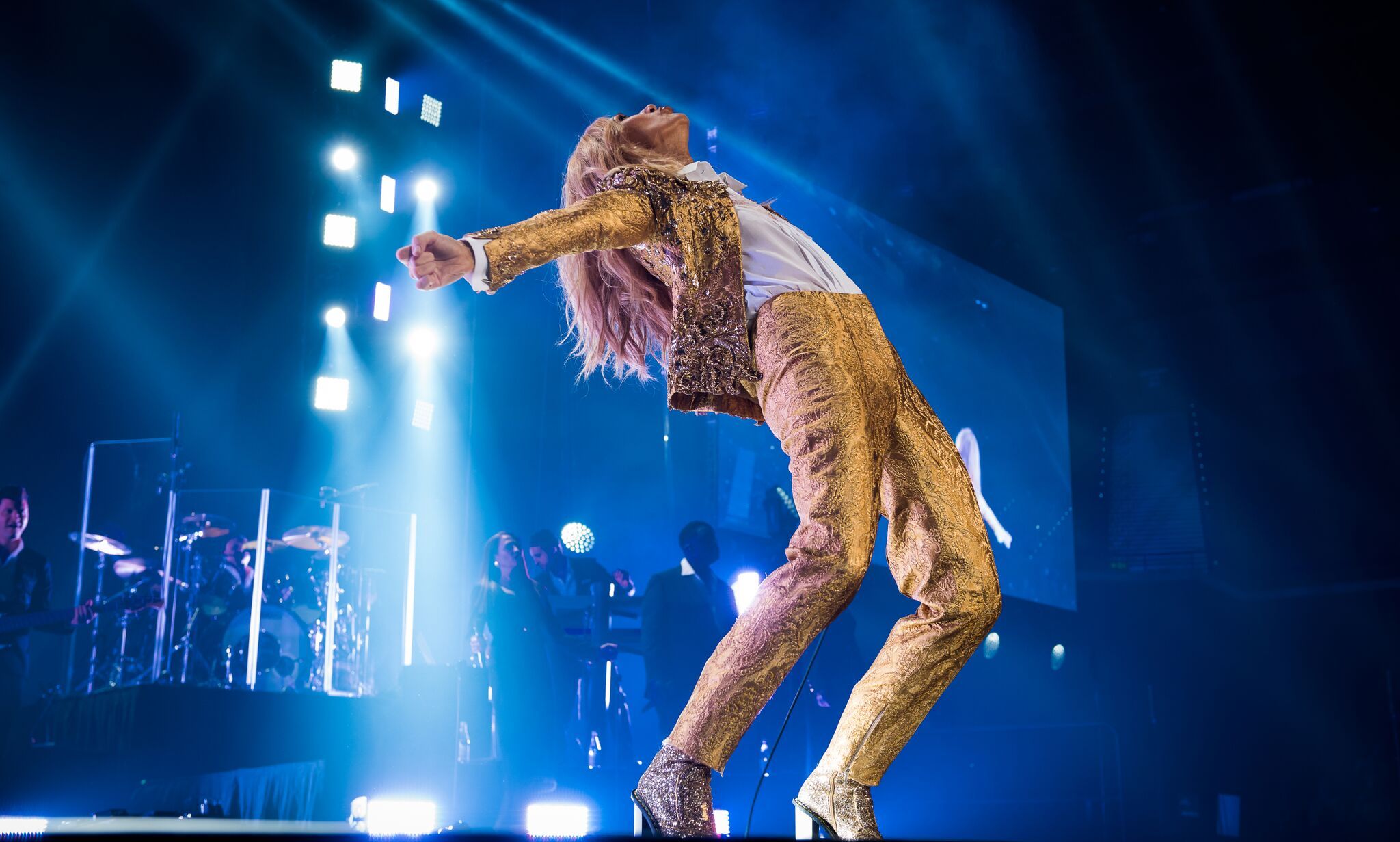 Celine Dion has sold over 240 million records worldwide (more than any other BST Hyde Park headliner to date) and is renowned for incredible live shows and a monumental vocal range. She will be one of the most unforgettable acts to have ever graced the Great Oak Stage in Hyde Park.

Her headlining performance will come just a month after the end of her second record-breaking Las Vegas residency Celine on 8 June 2019.

"It's my first time doing a show in beautiful Hyde Park…. I'm so excited.  I love London, and it's a great honour for me to be part of the Barclaycard presents BST Hyde Park concerts. I can't wait…. summertime in London, here we come!"

One of the most successful female artists of all time, she has been performing and recording music for over 35 years and possesses one of the most powerful and moving voices in popular music history.

Celine achieved worldwide fame after releasing several best-selling albums such as Falling Into You and Let's Talk About Love, both of which were certified diamond in the US. She also scored a series of worldwide number ones, including The Power of Love, Think Twice, Because You Loved Me, It's All Coming Back to Me Now and Titanic’s iconic soundtrack My Heart Will Go On.

She has built her reputation as a trailblazer and era-defining live performer with her now legendary Vegas residency A New Day…, which remains the highest-grossing concert residency of all time – closely followed by her second headlining residency Celine, which kicked off in 2011 at the Colosseum at Caesars Palace, Las Vegas.

Celine Dion has won five Grammy Awards, including Album of the Year and Record of the Year. Billboard named her the “Queen of Adult Contemporary” and in 2003, Dion was honoured by the International Federation of the Phonographic Industry for selling over 50 million albums in Europe. Celine Dion remains the best-selling Canadian artist and one of the best-selling artists of all time. In 2016, Celine received the Billboard Music Awards Lifetime Achievement Icon Award.

In the summer of 2017, Celine embarked on a European tour, with 25 sold-out shows in 15 cities across Europe and the UK. She broke records across the United Kingdom as the highest-grossing artist at each UK venue and garnered critical acclaim. She also topped the US Dance Club charts in July 2018 with the remix of her single Ashes from the film Deadpool 2.

This year Celine Dion is returning to the UK and will headline Hyde Park for the very first time on the Great Oak Stage on Friday 5th July 2019 – her only European show of the year. Tickets go on special fan pre-sale on 23rd January 2019 at 9am (check celinedion.com for details), Barclaycard presents British Summer Time fan pre-sale 23rd at 9am (check www.bst-hydepark.com/) and on general sale on 29th January 2019 at 9am.

Last year continued the tradition of must-see experiences that have included The Rolling Stones return to Hyde Park, Carole King play her classic album Tapestry in full for the first time ever, comebacks for The Strokes and The Libertines, Stevie Wonder play Songs in The Key Of Life and many more.

James King, Senior Vice President, AEG Presents comments:
“Celine’s record-breaking career has seen her perform her many iconic songs on the globe’s most iconic stages, yet never before in Hyde Park. It is therefore with the utmost excitement that we are bringing Celine Dion to Hyde Park for her only European show of 2019.”

Daniel Mathieson, Head of Experiential Marketing and Partnerships for Barclaycard, says:
“We are incredibly proud to be hosting such a huge icon this year. Celine is one of the most celebrated and respected musicians of all time and it will be a privilege to have her perform alongside what is shaping up to be a fantastic set of headliners. We are looking forward to seeing her bring some of her biggest hits to Hyde Park and it remains to be seen whether there will be a dry eye in the house after such a titanic performance.”

Alun Mainwaring, Head of Events and Filming at The Royal Parks says:
“This summer we are very excited to be welcoming Celine Dion to Barclaycard presents British Summer Time. Celine is one of the world’s most recognised female artists, with a multi award-winning career spanning several decades and her performance in Hyde Park will certainly delight her huge amount of loyal fans. The line-up this summer for the two weekends of concerts is phenomenal with world renowned artists taking to the iconic Great Oak stage. These major events provide important funds to help The Royal Parks charity manage and maintain the much loved London parks.”