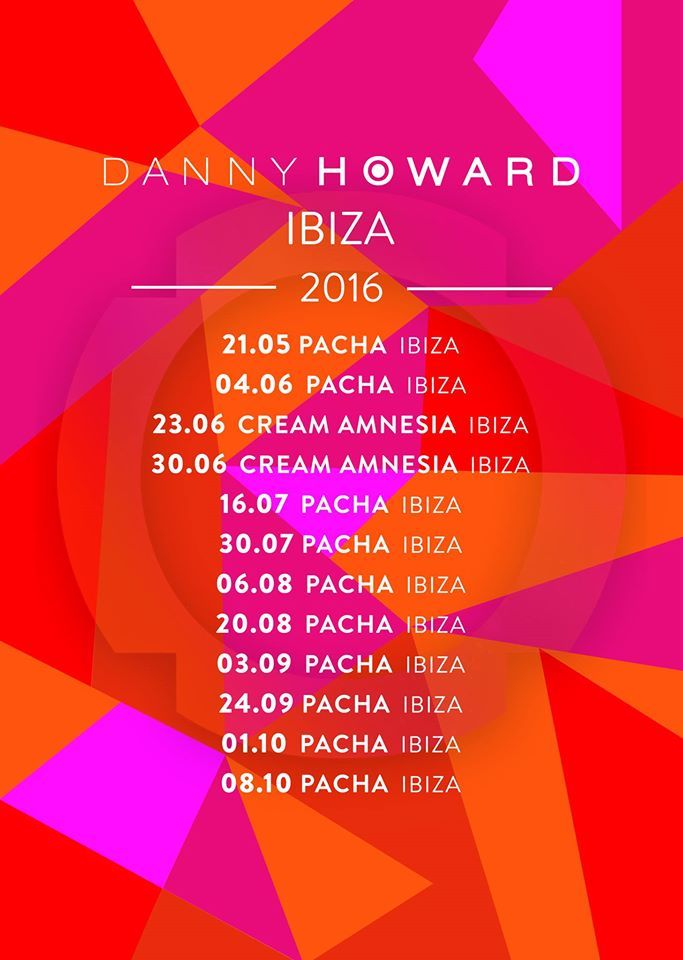 After an incredible start to 2016, BBC Radio 1 DJ Danny Howard will be performing at twelve shows this Ibiza season, starting on the 21st May at Pacha as part of the ‘Pure Pacha’ residency and playing through to the 8th October.

Following the launch of Danny’s label partnership – ‘Nothing Else Matters’ – with RCA records at the start of the year, he has been requested to play an additional 2 Ibiza dates at Cream, Amnesia, including 30th June alongside legendary Fatboy Slim.

Confirmed for 10 dates behind the decks at the world renowned venue, Danny joins the ‘Pure Pacha’ lineup as a resident DJ throughout the summer. Headed by French heavyweight Bob Sinclar, Danny will join a plethora of international tastemakers of which are yet to be revealed. With past talent including Todd Terry, Armand Van Helden and Bassment Jaxx – this will be one of the biggest residencies on the white isle this summer.

Pulling in 1.4 million listeners every weekend with his ‘Dance Anthems’ show on Radio 1, Danny Howard has made a name for himself as one of the UK’s prominent dance music advocates. As well as a successful touring DJ with appearances at Creamfields, Ministry of Sound, Global Gathering and a Pacha residency all under his belt, Danny is known for his high-energy sets. This year saw Danny launching his latest venture, ‘Nothing Else Matters’ in partnership with RCA Records, with the aim to shine the spotlight on emerging UK Talent. Having already released 3 records including the massive hit from 99 Souls ‘The Girl Is Mine’, the label is going from strength to strength ahead of the label showcase on 30th April at the Steelyard, London.