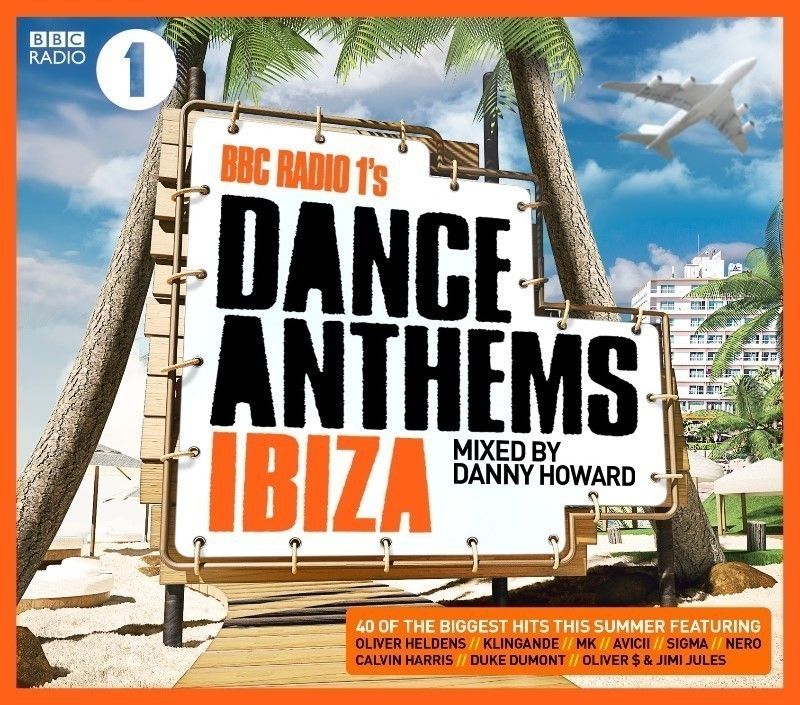 Following the unprecedented success of his first Dance Anthems album earlier this year, Danny Howard is back with the next sun-drenched offering in his best-selling  Dance Anthems series.  Get ready then, because this is BBC Radio 1’s Dance Anthems Ibiza mixed by Danny Howard.

His BBC Radio 1 Dance Anthems show reaches the ears of millions of listeners every Saturday and his weekly residency at the legendary Pacha in Ibiza means that there is literally nobody better placed to bring you the latest and greatest tunes from the White Isle and guide you through 40 of this summer’s hottest tunes across two exclusive mixes.

This mammoth 2CD collection of the biggest Ibiza anthems kicks off on CD1 in the club with the likes of Avicii, DJ Fresh Vs TC, Nero, David Guetta & Showtek, Tiesto, the year’s biggest #1 records from Oliver Heldens, Sigma, Calvin Harris & Alesso and ‘Vargo’ – the Beatport smash from Danny Howard & Futuristic Polar Bears.

CD2 takes us into somewhat deeper territory with a mix that has any poolside terrace very much in mind.  Hitting the spot from the start with the huge Route94 remix of MK – ‘Always’, the mix quickly takes in the likes of Klingande, SecondCity, Tube & Berger, Basement Jaxx, Bontan, Duke Dumont, Bakermat, Hot Since 82 and the massive ‘Pushing On’ from Oliver $ & Jimi Jules.

So, whether you’re spending this summer in the sun or in the office, in the car or in the garden – BBC Radio 1’s Dance Anthems Ibiza mixed by Danny Howard will bring you the legendary party vibes of Ibiza straight to your stereo without you needing to even look at your passport.