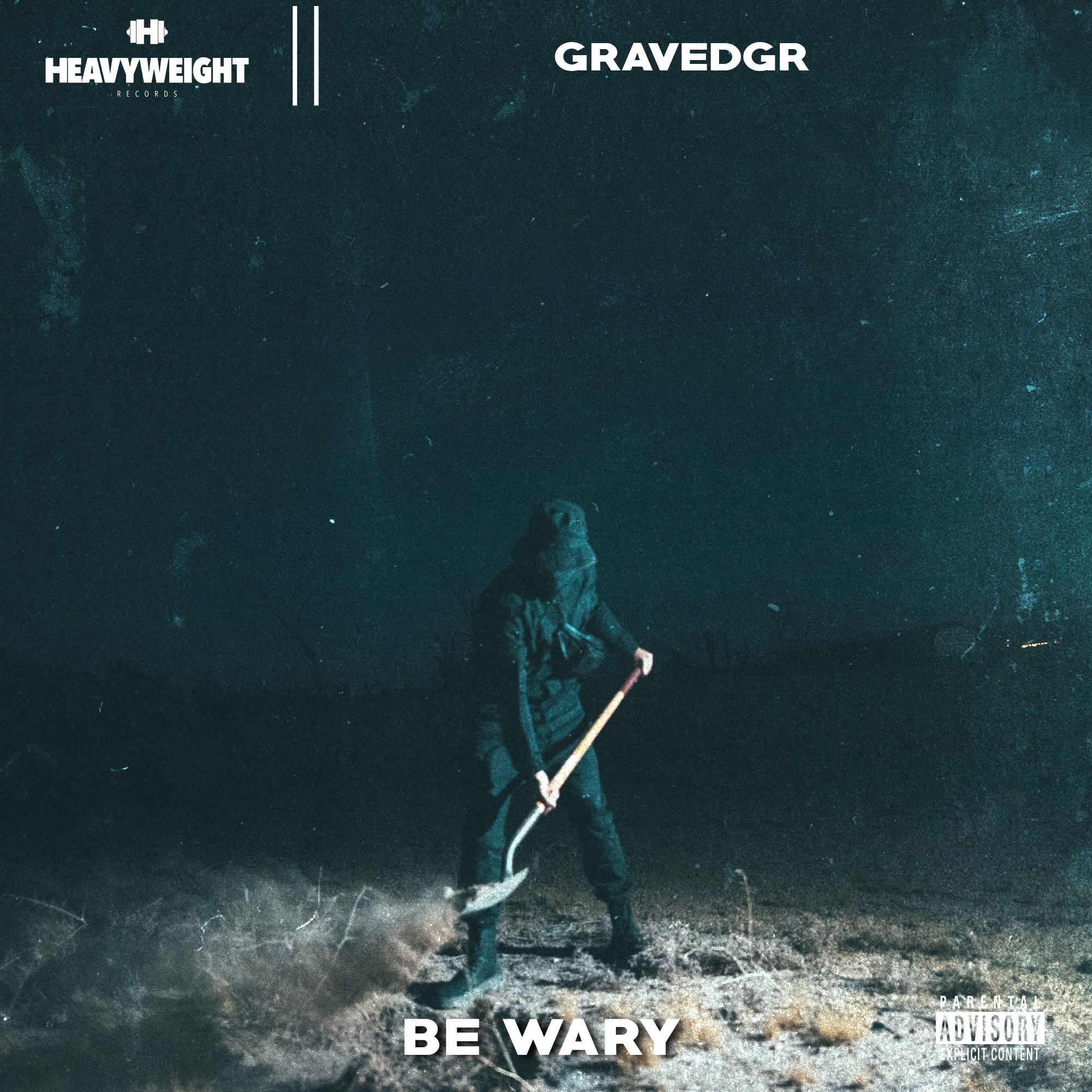 In true heavy-hitting style, GRAVEDGR returns to Carnage's Heavyweight Records with a sinister warning via his new track "Be Wary." GRAVEDGR takes on the challenge of merging elements of hardstyle, hip-hop and bass music on the new track, and he succeeds with the ease of a veteran. The screeching synths and brassy basslines provide a bone-chilling backdrop to the track's only vocal riff, when a warped baritone growls "be wary ‘cause you're walking through my cemetary." One would be remiss not to notice the proximity of the "Be Wary" release and All Hallows Eve, an occasion where many believe ghosts come out to haunt their graveyards and those who disturb them. If you have any plans to visit a cemetery for some Halloween fun this year, "Be Wary" may convince you otherwise.

Take one look at GRAVEDGR and it's easy to see where his name comes from – constantly donning black attire and his signature face mask, it's no surprise that his day job is literally digging graves. All the time spent contemplating morality must have inspired his musical sound, which can be summed up as simultaneously scary, melodic and hard. Having made his debut performances during insane shows at EDC Las Vegas and LA's El Rey Theatre this summer, this mysterious character also seems to have a knack for creating catchy music that always works the crowd into a frenzy. GRAVEDGR's first release "Rampage" rose to #9 on Spotify's Top 50 Viral chart, which he quickly followed up with "Jesse James," the "Rampage" remix package, and now "Be Wary." It's clear that GRAVEDGR is one to watch, so stay tuned for his newest nefarious music coming soon. Catch GRAVEDGR live at The Belasco Theater in LA on Friday November 2nd.