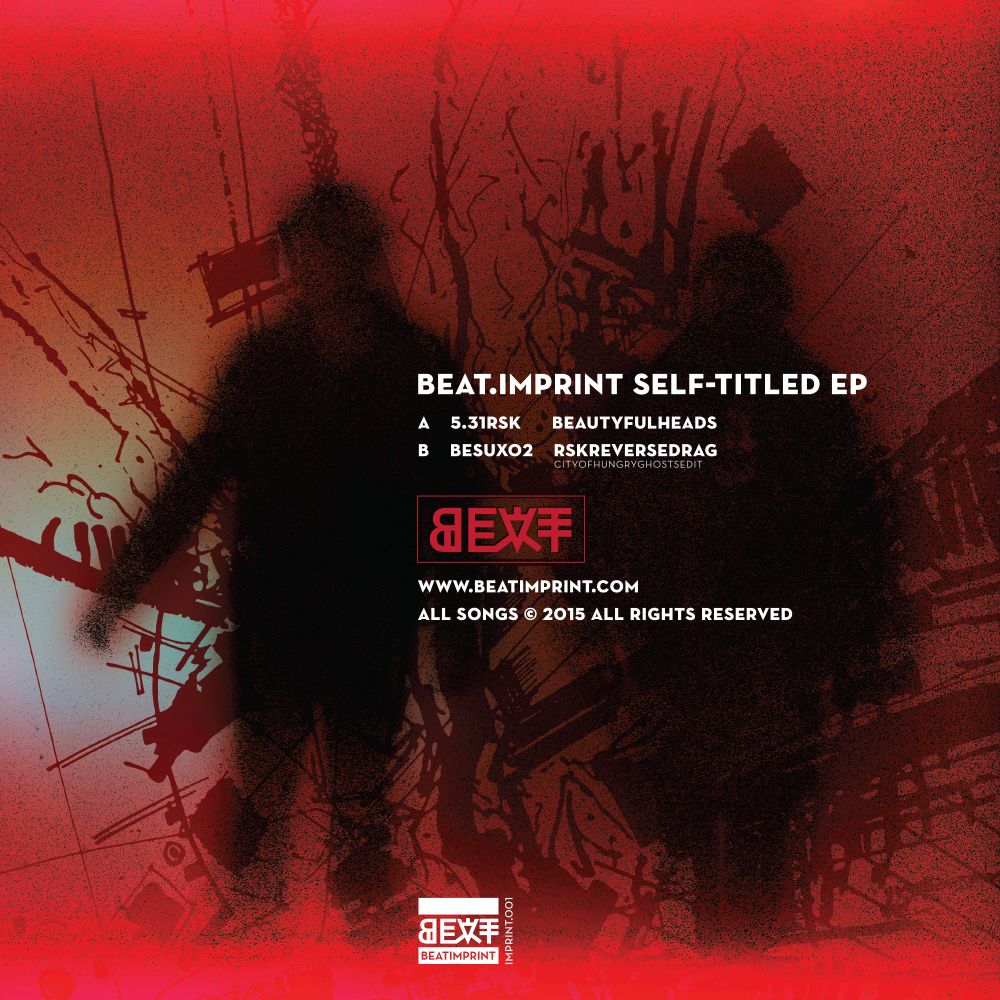 Austin’s Skye Ashbrook and John Gomi have been creating music under the name Beat.Imprint for more than two decades now. They’ve delved into the depths of club context music and abstract music with the same enthusiasm, combining styles and avoiding any kind of label subscriptions on their way.

As handy musicians and crate diggers they join together the dots between Kraftwerk, Sun Ra, The Pixies, and DJ Shadow. Their self-titled 12” pays tribute to hip hop as much as to drones, crafting and moving between diffuse drifts of electronic textures and melodic swell of guitar soundscapes.

Beat.Imprint fully embrace sound to create new immersive sonic textures. For all of its glow and slowly stretched progression, Beat.Imprint’s multicolour blend of cosmic and organic sounds take a lucid shape of a piece that ventures into expansive and ambitious realms.

If you're in Austin, make sure you pay a visit to Mai-Dez, a studio, gallery & pop-up shop running from now until December, which showcases art, design, music and more from both Beat.imprint and City of Hungry Ghosts.

The Beat.Imprint EP is set for release in October 10th 2016, and you can get a taste of what's about to come with these snippets.