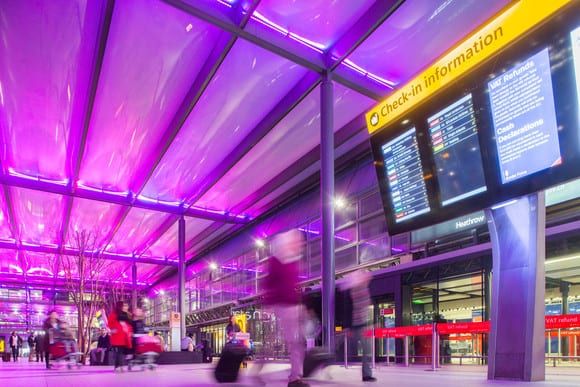 – Passengers invited to share submissions of distinctive holiday sounds
– The airport is collaborating with award-winning composer and sound artist Nick Ryan
– Sounds will be combined to create a unique, captivating and immersive soundscape

Heathrow – Europe’s largest hub airport – is encouraging travellers to go one step further in capturing their holiday moments this year by asking them to capture their perfect Sound Escapes, creating an even more evocative way of capturing memories than a classic photo.

It is well known that brains connect sounds to emotions, making it an important part of the feeling and memory of a holiday. From the buzz of children’s laughter and soft rustling palm trees to local musician’s beats, lapping sea waves and city cabs honking, these distinctive holiday sounds capture the very essence of a holiday. Submissions by the public over four months, will be refined and collated into a captivating and immersive soundscape by award-winning composer and sound artist Nick Ryan.

Heathrow has just seen one million travellers pass through the airport over the August Bank Holiday, with a peak of over 125,000 departing on Friday 24 August. Although the school holidays are nearly over, the UK’s holiday exodus remains strong across the year. September will see over 113,000 travellers predicted to depart on Saturday 1st[1] while October and November are forecast to see highs around Thanksgiving, half term and weekend city breaks.

With holidays varying from two weeks on a sun-drenched beach to cultured city break and adventurous winter skiing to relaxing exotic retreat, it is thought that the same part of the brain in charge of processing the senses is also responsible for storing emotional memories. With soundcuesbeing key to lastingmemories of trips, noises that are unique to a special break can transport us back in time and inspire us to visit new destinations.

Holidaymakers are invited to submit up to a minute of their holiday sounds [email protected], with the resulting one-of-a-kind soundtrack, created by award-winning composer and sound artist Nick Ryan, revealed in January 2019 for travellers to experience, enjoy and use as inspiration for the next getaway.

Nick Ryan, British Academy Award-winning composer and sound artist, comments: “We all tend to record holiday memories with cameras, yet I believe that listening to the sound of a voice or a place can trigger far more intense memories than a photo.  I am intrigued to hear which sounds holidaymakers bring back from their breaks and look forward to combining hundreds of these, from the thousands of people who jet away every year into an immersive audio portrait of our Sound Escapes”.

Ross Baker, Chief Commercial Officer at Heathrow, comments: “At Heathrow, we’re proud of helping our passengers create precious memories and experiences that they’ll treasure forever. There’s no better memory than that of a perfect holiday to leave you wanting more. Our inaugural Sound Escapes is an innovative way of reinforcing the wonder and delight of memories across the globe”.

One of the lucky winners will also go into a prize draw to win £500 shopping vouchers to spend when flying through Heathrow.