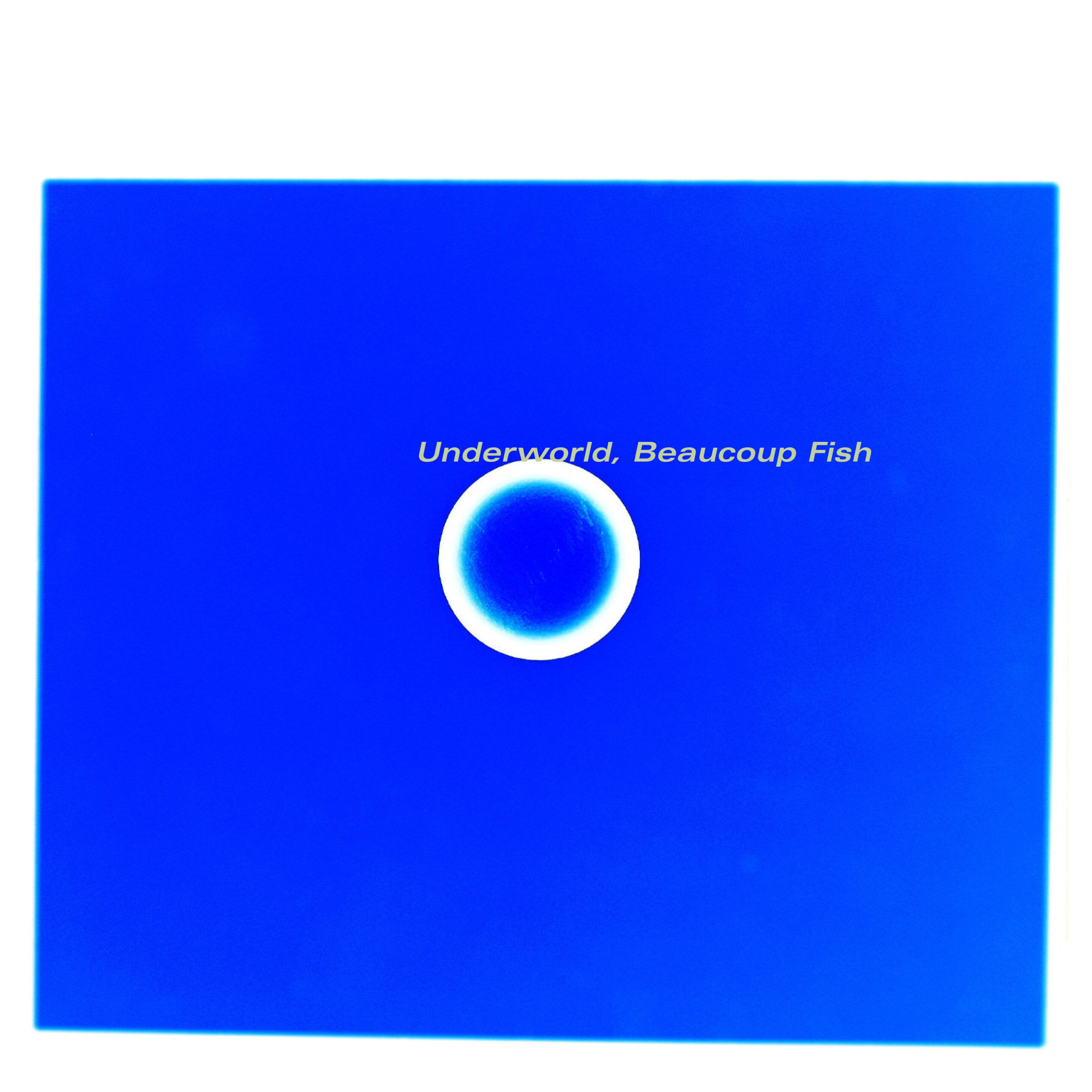 Underworld have announced details of the deluxe remastered re-release of their 1999 classic Beaucoup Fish (via Universal Music Catalogue) The album comes as a single CD, a 4 CD super deluxe box set and a double vinyl album. The album will also be available on all streaming and download platforms.

Hugely anticipated on release in the spring of 1999, Beaucoup Fish continued Underworld’s singular vision. From the opening Windy City meets Motor City meets Thames Estuary swoop of Cups through to the flickering low light coda of closing track Moaner, the eleven tracks on Beaucoup Fish collectively served to highlight just how different the wiring of Underworld’s internal logic is.

Whilst some of their peers had spawned lesser imitators, Underworld’s sound on Beaucoup Fish remained resolutely theirs. While many of the prevalent fragmented electronic styles of the day would be assimilated, the end result remained unique. If there had been a mould created when Rick Smith, Darren Emerson and Karl Hyde first made music together in the spare bedroom of a terrace house in Romford, it had long since been broken. There were no imitators. There never have been.

The Beaucoup Fish super deluxe edition comes packaged in a hard case 12”x12” box that complements the acclaimed expanded reappraisals of dubnobasswithmyheadman(2014) and Second Toughest In The Infants (2015). This edition also includes a 60-page booklet with a new essay on the album. As with its predecessors, audio remastering was undertaken by the band’s Rick Smith at Abbey Road Studios. All packaging and artwork has been created by long time Underworld collaborators tomato.

Underworld – aka Karl Hyde and Rick Smith – recently presented an installation piece – Manchester Street Poem – as part of Manchester International Festival 2017. The project spotlighted the stories of those who’ve found themselves homeless in the city. Their last gig – a sold out show London’s Alexandra Palace – was the band’s biggest UK headline show to date.