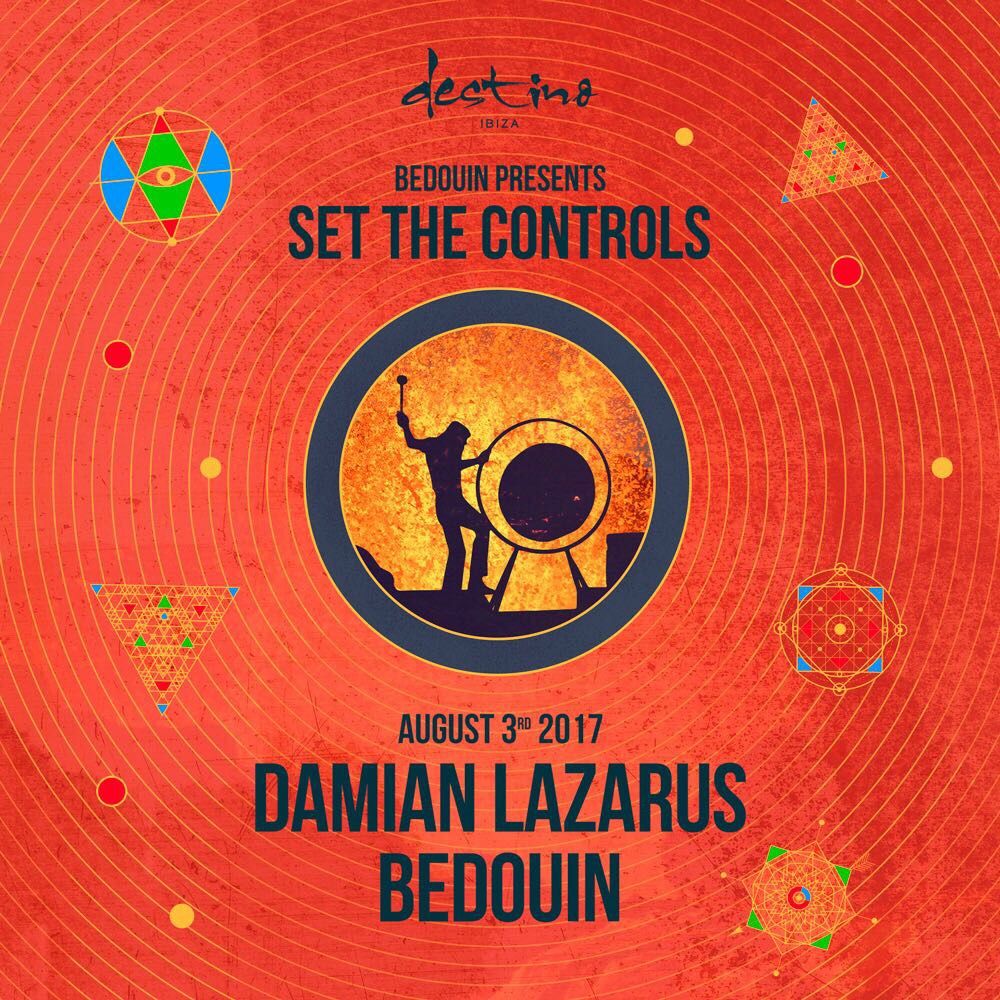 With the 2017 summer season now in full swing Destino Ibiza has just announced yet another spellbinding show – Bedouin presents Set The Controls on 3rd August.

Promising to be two mind blowing sets, Damian Lazarus and Bedouin will be turning up the heat and setting the iconic venue ablaze with their sublime soundscapes in celebration of their upcoming release on Crosstown Rebels.

The mysterious Lazarus, who has consolidated his reputation as one of the foremost visionaries in the electronic music world, will finally play for the first time at the Cap Martinet’s resort.
For multicultural duo Bedouin it will also be their first appearance at Destino Ibiza, they will showcase their musical backgrounds and will serve an eclectic mix of sounds.

Both artists are ready to fill the track with a unique concept created for the occasion, where every detail will lead you to feel a magic atmosphere of musical vibrations.

One of the most stunning destinations the white isle has to offer, Destino Ibiza continues to welcome some of the finest artists from across the entire music spectrum to their superb setting atop Cap Martinet in Talamanca Bay. With sweeping panoramic views of the Mediterranean Sea, Dalt Vila and the island of Formentera and top notch talent each week, it’s no wonder they have become renowned for their epic sunset events.