Ravell & LondonBridge - Before I Go 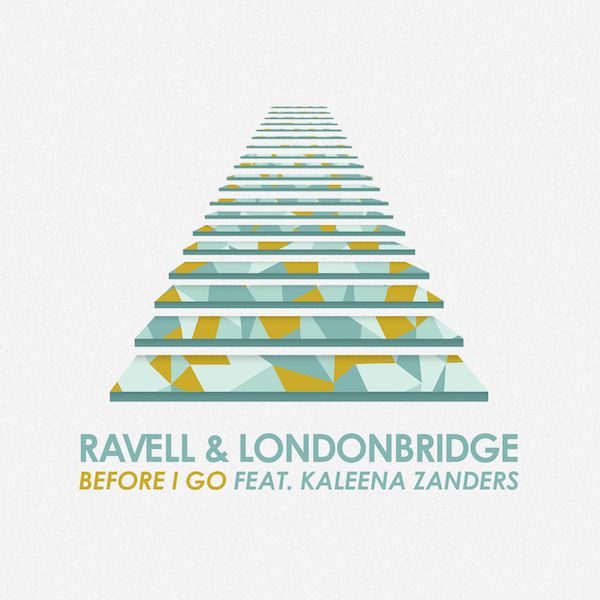 Ravell & LondonBridge - Before I Go

The impeccable teamwork of Ravell and LondonBridge creates the ultimate house sound as ‘Before I Go’ instantaneously teleports listeners to the dance floor. The track opens with heavy hitting hi-hats layered over soulful vocals from singer, Kaleena Zanders. Zanders is a dynamic standout vocalist in the electronic dance music industry; she encapsulates listeners as the track builds with her powerful vocals and falls into the most vibrant of drops. The vocals are perfectly mixed as Zanders proclaims, “I’ll give you everything I am”, which is exactly what the powerhouse trio of Ravell, LondonBridge and Zanders have given listeners with this uplifting house hit.

‘Before I Go’ follows Ravells’s pop-house single, ‘Feelin You’ in which he collaborated with Jack Trades featuring vocals from BAER. Ravell’s ‘Sunrise Riot’ is another single that attests to the vibrant sound Ravell produces for his listeners each and every time. As a dynamic artist that is exploring his Latin roots, Ravell went on to capture the hearts of Latin fanatics with his official remix of Enrique Iglesias’ number one hit ‘Duele El Corazon’ which was released on Sony Music International.

Ravell has garnered support from house maven Kaskade, as he has opened for him on two wildly successful tours. Acquiring billings for festivals such as Coachella and EDC Las Vegas, as well as playing clubs like the award-winning XS Nightclub and Encore Beach Club in Las Vegas, Ravell has proven to be a standout amongst house music artists.

2018 has proven to be an especially impactful year for Ravell. As the year progresses he will continue to transform his production, remain on the road, and bring his positivity and bright electrifying sound to dance floors around the world.