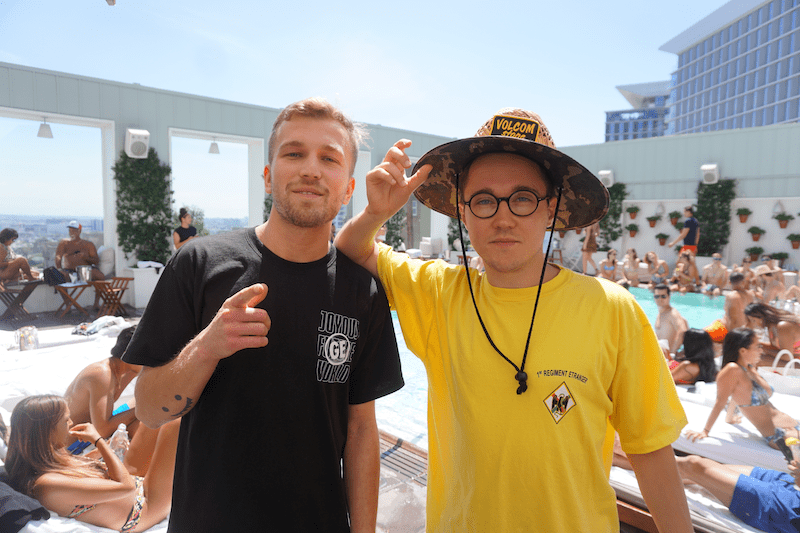 Two Eastern European (Slovakian & Polish) Producer / DJs who grew up in Chicago together, BELMONT BOYS have blossoming careers under their solo monikers Plumpy and Très Mortimer.

BELMONT BOYS commented: “This track started with the piano loop which was composed on an Ableton Push. We made it after Très opened for the Chainsmokers last summer and absolutely had to hit the studio after. PJ stands for Private Jet. We always see big DJs flying private to shows and posting photos like they’ve been producing in the air. The dreamy piano and driving bass make this a dance worthy addition to any house playlist, or USB if you’re a DJ.”

The first track the BELMONT BOYS released together (as Plumpy and Très Mortimer) was ‘BAMBU’, which Diplo premiered at Burning Man, was released via Mad Decent, and has received 500k+ plays across streaming platforms. The boys prefer to keep things light and fun and bring the party wherever they go. They’re both influenced by Eastern European sounds, as well as those they heard growing up in the birthplace of house, Chicago.

As a solo artist, Plumpy has remixed for X Ambassadors, Grayson Chance, TyDi, Riff Raff, and The Arkells, as well as released on a number of labels including Young Money, Interscope, Armada, Trap Nation, and more. Now based in Los Angeles, he’s a regular DJ at events such as Space Yacht.

‘PJ’ marks the next chapter of what promises to be a fruitful collaboration between two close friends and artists.

To find out more about BELMONT BOYS, go to:

To find out more about PLUMPY, go to:

To find out more about TRES MORTIMER  go to: 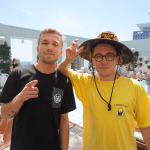