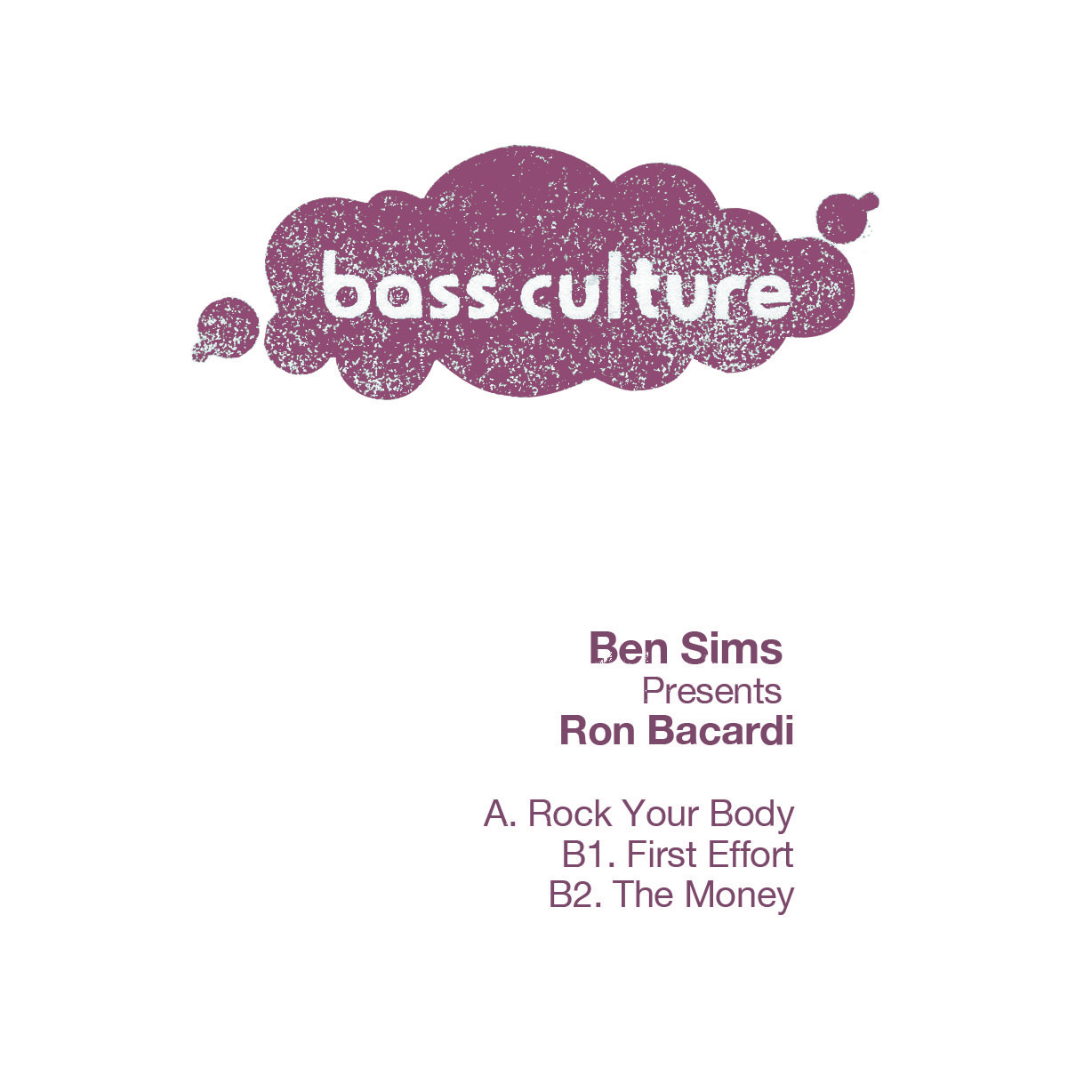 UK techno stalwart Ben Sims adopts his Ron Bacardi alias for an outing on Bass Culture Records, bringing with him three varying slices of 4×4-based music.

D’Julz has a deep penchant for bass and funk, and this is evident throughout the EP. We get off to a rugged start with ‘Rock Your Body’, a deliciously dark slice of grumbling techno. Intertwined with the morose bassline is a mysterious, tribal-esque female vocal, warped and twisted to add a primal feel to the track.

On the flip, Bacardi puts his different hat on giving us ‘First Effort’ – a vivacious funk-laced hybrid, which teases you spitting out intermittent trumpets and other such live instruments. Finally, ‘The Money’ goes straight into disco territory with that oh-so-familiar entrancing rhythm that will keep you fixed to its beat from start to finish. That filtered wah-wah guitar is impossible to resist, especially when combined with such crisp percussion.