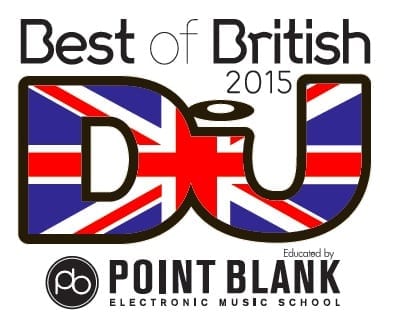 DJ Magazine announced the winners of its Best Of British Awards 2015 covering the UK’s best’ DJs, producers, nightlife and festivals at a star-studded bash at Heaven, London.

As a counterpoint to the Top 100 DJs poll, which has grown into an international phenomenon, DJ Mag started the Best Of British awards a few years back in order to shine a spotlight on the talent on our own doorstep.

For such a small collection of little islands, Britain has had a conversely huge effect on global culture — and music, in particular. In electronic music, the UK played a significant part in kick-starting house and techno in the late '80s, while turn-of-the-'90s breakbeat hardcore was unique to these shores. Out of hardcore came jungle/drum & bass, a truly British phenomenon that could only have been born on the multi-cultural streets of east London.

At the Best Of British (BoB) awards junglist pioneers Fabio & Grooverider were presented with the Outstanding Contribution award for their part in birthing drum & bass, and also gave Greg Wilson the Industry Icon gong for his services to disco-inspired dancefloors. Other BoB winners included Eats Everything, Bicep, Nocturnal Sunshine aka Maya Jane Coles, and The Revenge — the cream of young underground UK talent not just doing it in the UK, but some of the most talented artists on the planet right now.

Best Of British is where DJ Mag UK shines a spotlight on what's happening on its own doorstep. And despite a series of club closures and financial recession, the UK scene is thriving — over and above the size of this geographical outpost.

Best Album
The Revenge 'Love That Will Not Die'

Best Dance Festival
We Are FSTVL