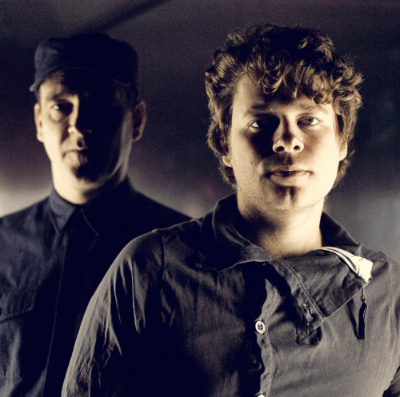 West London band, All This Noise are the ones to watch for 2015! Bestival just announced the band for this year’s lineup in September, which will see the likes of The Chemical Brothers, Gorgon City and Duke Dumont take to the stage. Their new single ‘Seven Billion Like You’ is set for release on 15 June 2015, and it’s already causing a buzz within the industry.

All This Noise’s sound has been compared to that of The Cure, Radiohead and Depeche Mode. The band are starting to put their own stamp on alternative rock, with cleverly written lyrics taking us into the mind of the band, a rarity in modern music. The single has a very original sound – relaxed with a slightly haunting twist – and they manage to cross multiple genres seamlessly.

“An intriguing blend of genre and ideas” – Alphabet Bands

Forming in late 2014 the band have gone from strength to strength, gaining a large amount of coverage from multiple online blogs. The singer and lead guitarist, James, has worked as a sub-editor for Mixmag and has been published in The Guardian, The Telegraph and The Independent. Alan, bassist and producer, has worked in music his entire life. He has been a session player for bands such as Freaky Realistic (Polydor), Mint Royale (Sony), and H Boogie (Island Rec). Alan also has his own studio in West London, where he records, produces and mixes for multiple bands. In the past he has worked with artists such as Mint Royale, Wolf Alice and Charlie XCX. The band have also received support from BBC Radio 6 host Tom Robinson who has played them a few times on his radio show. The new album has been mixed by Al Riley, who has worked with a great many highly influential artists including Coldcut, Tricky, The Maccabees and U2.