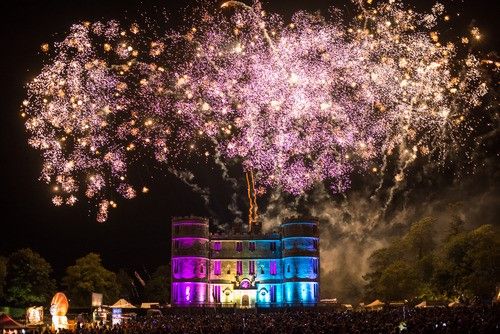 2015 has been a landmark year for the Bestival crew with the launch of two brand new shows, Common People and Bestival Toronto, and what can only be described as magical outings for both Camp Bestival and Bestival. It might be a sad fact that everybody’s field-based festival fun is over for another year but the autumnal joys of award season are fast approaching and we’re overjoyed to announce that between them all Bestival’s family of festivals have received an incredible 11 nominations at this year’s UK Festival Awards!

Of course, none of it would be possible without you making the party atmosphere so special. So, now that voting is open, we’d like to ask a super-fat favour of you all; if you had as good a time as we did at any of our events and can spare five minutes of your time, we’d be massively grateful if you could head over to the UK Festival Awards’ voting page and vote for us!

Bestival:
Reflecting a truly stunning Summer of Love, Bestival is up for four awards including Best Major Festival, Best Dance Event, Headline Performance of the Year for Missy Elliott and the Grassroots Festival Award. So if you felt the love at our psychedelic wonderland on the Isle of Wight please vote here.

Camp Bestival:
Nature’s bounty has ensured that Camp Bestival has been tipped for three honours including Best Family Festival, Best Medium Sized Festival, and the Grassroots Festival Award. If you were one of the wild things that made our Lulworth Castle adventures so utterly amazing then we’d be much obliged if you could cast your votes for us now.

Common People:
Taking Southampton Common by storm over the May bank holiday weekend, the inaugural Common People was a mind-blowing two-day celebration of fantastic music and off-the-wall antics for all, that has earnt a very pleasing three nominations for Best New Festival, Best Medium Sized Festival and the Grassroots Festival Award. So if fun with us in the Southampton sun was one of your summer highlights we’d be very grateful if you could head here to vote for our South Coast jamboree.

Bestival Toronto:
And finally, in our most epic of years, our first ever forays across the Atlantic saw us pitching up in Canada for Bestival Toronto. We’re very humbled to say that with headliners Florence + the Machine and Nas, a liberal dose of the old Bestival magic and a brand new crowd of up for it Bestivalites we’ve been honoured with a Best Overseas Festival nomination! So if you were one of our Toronto Islands party crew please do head over to the UK Festival Awards’ voting page and give us some love!

The Bestival team puts its heart and soul into all of our events to make them as good as they could possibly be, so any support you can give us will mean the world to us!