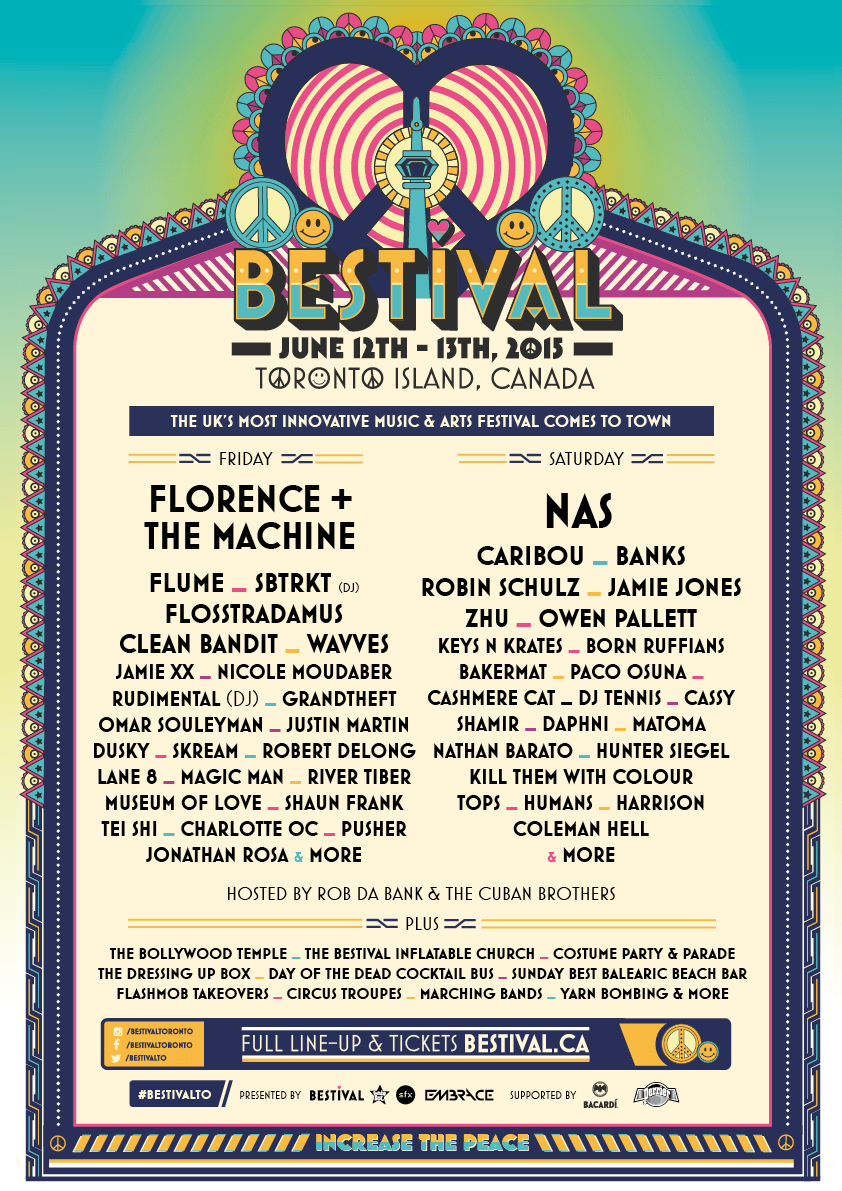 ###
About Bestival:
Bestival has been an oasis of escapism in the UK since its inception in 2004. Known for its top international acts, and celebration of arts and culture, Besti- val is an award-winning boutique music festival that takes place annually on the Isle of Wight, England. In 2015, Bestival will cross borders and make its debut in North America with Bestival Toronto on June 12 & 13. Something dif- ferent, something inspiring. With the Toronto skyline as the backdrop and the Bestival vibe in the air, you’ll be sure to absorb what will be the best festival in the North East this summer.

Tickets are available now at http://www.flavorus.com and Soundscapes, Ro- tate This and Tiny Record Shop