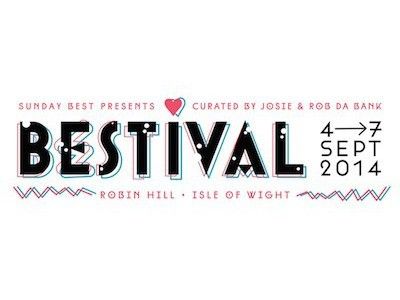 Taking its place among more than 20 stages in 10 fields of wonderment with mega soundsystems, non-stop parties and 24-hour escapism, Bestival are delighted to announce that Red Bull Music Academy will be returning to Robin Hill once again in 2014 with a mind-blowing new stage featuring a stunning altar dedicated to dance and a winged deity. Joining a throng of castaways cutting some rug from September 4th – 7th, Red Bull Music Academy has lined up some incredible daily hosts to take control of the stage and rock our Desert Island Disco, keeping you on your feet all weekend long.

Rob da Bank says: “Oh wow… Am I excited about this stage in 2014! I love working with Red Bull who have been at the majority of the last 11 Bestivals in some form or other musically. We definitely share a love of underground electronic music from all over the world and this year we’ve nailed our biggest line up yet. Jackmaster and his Numbers crew are simply the best party people around right now, the total legend that is Harvey used to DJ at my club Sunday Best 15 years ago and is still the man for awe inspiring leftfield DJ sets for disco heads, Tropical is where its at right now as grime, house and bass collide in a sunshine vibe and Diplo comes straight from the main stage with his Major Lazer crew to mash up the grand finale. Seriously this is gonna be a lock out from Thursday to Monday! Check it!”

A takeover by Glaswegian electronic music Mafiosi Numbers, who return to Bestival for the fourth time, kicks things off on Thursday, with Jackmaster & Oneman Present Can U Dance showcasing their four-deck manoeuvres, live sets from Redhino, and Kool Clap and Spencer going back to back with Optimo.

Commenting on his return to Bestival Jackmaster said: “We’ve started thinking of Numbers at Bestival as a bit of a tradition within our ranks, as have myself and Oney with our b2b sets at the festival. Heavy looking forward to taking that to the next level with our 4 deck Can U Dance set and also welcoming two of our favourite DJs on the planet!”

Friday sees Harvey’s Discotheque taking charge, channelling the same wide-grinned disco as his sell-out UK comeback gig with RBMA in 2012. Techno DJ du jour Daniel Avery joins in, alongside stalwarts of the sunrise anthem Pachanga Boys, while Eric Duncan brings the party-throwing antics of his NYC outfit Rub N Tug to the fray, and the ever-charismatic Berlinite Hugo Capablanca goes maximal. The Red Bull Music Academy alumni corner is repped by Jolly Mare and Andre Laos, both from the 2013 edition in New York.

Speaking about his Red Bull Music Academy appearance at Bestival, Harvey said: “Having been a regular guest DJ at Rob’s original Sunday Best Party almost 20 years ago, it’s a real treat to come full circle and curate my own Discotheque at Josie and Robby’s Bestival, and what a theme! “We’ve put together a really great line-up of DJ’s, some you will have heard and others that have blown my socks off when I’ve seen them DJ on my travels. It’s an honour to play with them all for you all. I can’t bloomin’ wait”.

Supplementing the music, the stage will be brought to life along a ‘dance temple’ design theme, complete with totem poles and resplendent tribal miscellanea inside and out – a fitting testament to the pantheon of talent on offer. Cranking out sermons of hip-swaying hedonism, the roster brings together acts from across the spectrum, giving Academy alumni the chance to share the bill with legends for a party to end all parties, at our Desert Island Disco.

THE WEEKLY PAYMENT PLAN
We’re pleased to say that we are once again offering a 15-week payment plan which means that an adult ticket can now be bought at a payment of £13 per week over 15 weekly payments.
Only available online via: www.ticketline.co.uk/bestival-tickets
Once you have signed up to the payment plan, which basically means giving your agreement by ticking the bank mandate form on Ticketline’s website, Ticketline will automatically debit your card on a weekly basis. They only accept Visa (credit or debit) or Mastercard for the payment plan.
NB: Booking fees will be charged with your initial transaction.

THE ISLE OF WIGHT YOUTH TRUST CHARITY DONATION
*This year we are adding on a £1 charity donation onto all Bestival tickets. The money raised will go directly to the Isle Of Wight Youth Trust (Reg Charity no. 1087163) to help fund their fantastic work offering counselling and support to young people aged 25 and under on the Isle of Wight. The Bestival Foundation is also a proud supporter of the Youth Trust.
Travel: Book Now For Best Early Prices
Wightlink – www.wightlink.co.uk/bestival / 0871 376 1000
Red Funnel – www.redfunnel.co.uk/bestival / 0844 844 9988
Hovertravel – www.hovertravel.co.uk/bestival2014 / 01983 811000
Big Green Coach – www.biggreencoach.co.uk/bestival
www.bestival.net / facebook.com/bestivalfestival / Twitter: @bestival