Betsie Larkin – All We Have Is Now 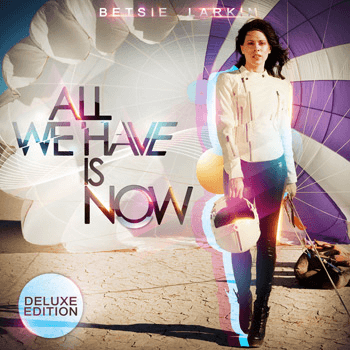 Betsie Larkin – All We Have Is Now

With the release of her first solo album, Betsie Larkin struck a major chord with electronic music audiences around the world. Enduring sales success, running twenty-two months straight followed, in turn spawning a string of top 10 charting singles. To do justice to its achievements, Premier Recordings are now poised to release the all-encompassing Deluxe Edition of‘All We Have Is Now’.

Expanding to near three times its original length, it has burgeoned into a 30 track, three-sixty album compendium. Featuring ‘All We Have Is Now’s dance-floor delighting originals, the Deluxe Edition now comes complete with a galaxy of remix version-excursions and stunning official videos. Taking the album to artistic spaces far & wide are producer-elite like Ferry Corsten, Solarstone, Manufactured Superstars, Roger Shah, Andy Duguid, Giuseppe Ottaviani, Lange, Tenishia, Save The Robot and others.

As Betsie herself says, “all we have is here!”

The Deluxe Editionfrontends with her debut album’s 12 peerless originals. Included among them are ‘Stars’ with Ferry Corsten (instrumental in first discovering Betsie); the entrancing John O’Callaghan co-produced ‘The Dream’ and the harmonic mellifluence of the Super8 & Tab collab ‘All We Have Is Now’.

In the build up to the Deluxe Edition, Premier has spared no time or energy expense in bringing the very finest remix talent to re-task its tracks to differentspaces. The interstellar trance of ‘Stars’ receives three killer reinterpretations, advancing it by degrees later and later into the night. On Ferry’s Fix, Corsten takes his own night-sky melodies and works in a tougher, more floor-ready production base. Roger Shah’s Pumpin’ Island Remix incorporates ripping pitch-mods, while Tenishia’s revamp charts a yet more euphoric arc.

On ‘The Dream’ the upscale progressive house of the Manufactured Superstars gets head-to-head kinetic with the hot-blooded drumatics of Jquintel & Jeziel Quintela. Throwing another style filter across it, Rafaël Frost remaps it with electro-set sequences and supremely elevating synths.

Sailing the album onto cooler, more trance-progressive waters, Daniel Wanrooy and Loverush! UK individually bring their nous and nuance to its title track. Expanding the sound dynamics of his original album version to full Club Mix length, Lange plots all-out club destruction on ‘Obvious’, utilizing all of Betsie’s vocal smoulder and lyrical challenge. Further in George Acosta tricks the track out with a sound-storm of festival thrilling EDM effects.

Without losing an ounce of its poignancy, Solarstone burns some piano-tinged Pure Trance into‘All We Have’s system, subtly, yet inspiringly vocoding the vocal, while Ireland’s Sneijder amps and ramps the euphoric angles.

On the mix of ‘The Offering’, both Andy Duguid and Save The Robot rock up a storm on Betsie & Sied van Riel’s co-production. Chopping and cutting Larkin’s vocals to dizzy-making heights The Robot finally releases them into a maelstrom of feverishly stabbed synths. Duguid meanwhile recodes the track with a fusion of trance and house elements, looping its whoops to equally fine effect.

Bringing a fitting, swansong-like vibe to the finale to the remixes, Walsh & McAuley bestow ‘Let It Shine’ a beatific, chilled ride-home rework. Magnifying the persuasive throb of the guitar, whilst allowing Betsie’s embracing, uplifting lyrics full freedom to affect, the pair creates the perfect remix closeout.

With three of the single’s official videos (‘The Dream’, ‘All We Have Is Now’ & the Giuseppe Ottaviani co-produced ‘Toys’) tying off the package, the consummate Deluxe Edition is here. Whether a newcomer fan, or one long-standing, you won’t want to miss this.