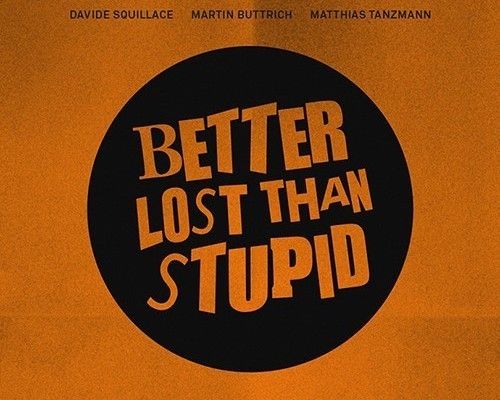 House and techno triumvirate Better Lost Than Stupid are set to take to the road this summer at a string of high profile events across Europe. The trio comprising of Martin Buttrich, Matthias Tanzmann and Davide Squillace will be playing exclusive  back-to-back-to-back DJ sessions at Kiesgrube, Exit, DC10, Welcome to the Future, Tomorrowland, Sonus, SW4, Creamfields and Movement Torino. This is the first time that BLTS have toured extensively barring their sporadic performances at Electric Zoo and DC-10 in 2012 and 2013 respectively.

All three artists have hugely successful careers in their own right. Tanzmann’s label Moon Harbour has championed music from the likes of Sable Sheep to Dan Drastic and Ekkohaus to Luna City Express. As resident at the revered DC-10 he has helped shape the sound from season to season, and it is at Circo Loco where Matthias has formed a formidable partnership behind the turntables with Davide Squillace.

Having quickly established himself as a formidable producer over the past six to seven years, Davide is widely regarded as one the most exciting talents on the circuit. His newest label This and That Lab has become an imprint to watch for music aficionados.  Martin Buttrich is one of the most consistently brilliant performers in electronic music. He has been a driving force in the community via his influence with Desolat, the label he helped establish, and his studio and production nous is universally respected among peers and fans alike.

All three have been friends for the best part of a decade, and following a now infamous ad-hoc session at Electric Zoo in NYC the trio have decided to formally pool their DJ and production skills into a collective consciousness. With the success of the previous shows, it is evident that the format is in high demand. And as such the trio are taking to the road.

“Following our first planned show at DC-10 last August where we played back to back to back all night, it is obvious that we have something special when we play together. Once again our individual musical identities effortlessly merged into one, and it was amazing to be able to share this with a club full of people. We have been in the studio writing new material, and now it is time to take the music and magic of the show to a wider audience”.

BLTS will collectively be in the mix at one of the dates below over the summer.